Charlie comments on the tune, stating:

“‘Downpour’  is an attempt to confront and reason with my inner critic and the perceived external ones.”

Recorded at Charlie’s home in Buckinghamshire, “Downpour” was written by Charlie, and produced by Sam Scott and Gareth Jones, the latter of whom also mixed the track. See 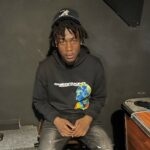 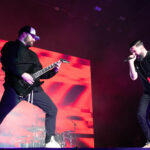 A Day To Remember @  Five Point Amphitheater, photo by Charlie Steffens
Next Post