Written in a post-pandemic rustbelt city of Ohio, the upcoming album Going Nowhere is the latest from the power trio The Buffalo Ryders and shows a band coming into their own, willing to explore their boundaries and dare themselves to write more pop-focused songs with continued commentary on current societal struggles.

After a steady year of touring the Midwest, The Buffalo Ryders – singer-guitarist Joe Risdon, drummer Mike Lupica, and bassist Kevin McManus – were ready to jump back into the studio and record a follow-up to their debut album Where the Liars Go (2021).

With a road-tested batch of fresh songs, the band unanimously decided to go back to their familiar home at Amish Electric Chair Studios in Athens, Ohio, with producer-engineer Neil Tuuri in February 2022.

Risdon comments on the album:

“Leading into the second winter of the pandemic, touring started to slowdown again, and we had the time to write again. We wanted to challenge ourselves to write a nostalgic, assorted collection of songs that would keep listeners wanting more – a box of chocolates if you will.”

Going Nowhere is available for streaming and purchase on December 9th. The band has a concert in downtown Akron, Ohio, at Musica on December 10. A bunch of upcoming Midwest dates can be found at www.thebuffaloryders.com. 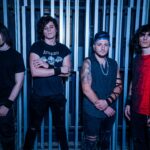 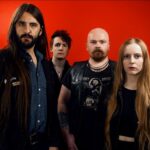