Having previously given fans a taster of “RLS” in their recent dual video release with “Traumadoll,” ten56 has now released the full-length version on streaming platforms.

“RLS” is a music genre-bending track that marks a turning point in their career; the industrial and trap-inspired metal outfit brings the latter of their influences out into the open with this emotional track full of huge 808s and “lil peep” style vocal melodies. “RLS” stays true to the singer’s UK roots with fast spoken word verses with accent to fit, whilst also taking notes from artists such as $uicide boy$.

Alongside the single release, the band has also announced that “RLS” and previous tracks, “Yenta” and “Traumadoll,” will be part of their new EP Downer Part 2, which is due for release on 13th January 2023 via Out Of Line.

ten56. have also announced today that they will tour the UK and EU in 2023 in support of Alpha Wolf (w/ KING 810) on their “Stepping Over Roaches Tour.” 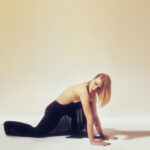 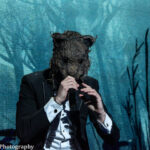