There are some bands who refuse to play by the rulebook and then there are groups, like hardcore punks Show Me The Body, who refuse to even acknowledge that a rulebook exists. Their fourth full-length release, Trouble The Water, is yet another musical cauldron of frustration, rage and ferocity from an act that continue to push their experimental chaos to new heights.

An album you have to be fully invested in to gain any glimmer of hope that you will take anything away from it, Trouble The Water kicks off with “Loose Talks,” and banjos. Yep, you know we talked about SMTB refusing to acknowledge a rulebook, well banjos should show how far out of the hardcore comfort zone these artists take their music. From that opening scene-setter, the next thirty-odd minutes is an impossible-to-predict absolute sensory mauling.

Born out of both the frustration of life in New York City while being inspired by its many genres and subcultures, how diverse and experimental Trouble The Water sounds should really come as no surprise. A wall of glitchy electronics forms the basis of the frustration-soaked “Radiator” while the distortion-filled “War Not Beef” delivers that kind of sound that should have every one of your nerves twitching uncomfortably. Overseeing the mayhem is frontman Julian Cashwan Pratt whose voice matches the unpredictable nature of the music. One minute he’s snapping and sneering away over a wall of distortion and synths on “Boils Up” then the next, he’s calmly delivering his frustrated words in a part hip-hop/part spoken-word style on “WW4.”

Watching live videos of the New York collective laying waste to venues across the globe, it’s clear that the band attract that hardcore crowd. However, one listen to Trouble The Water shows that musically, they are as far from being a comfortable fit for that hardcore wife-beater-wearing, spin-kicking crowd as could be. Despite that, everything else about the album from the raw, ugly production to the don’t-give-a-fuck-about-the-rules-or-the-trends mentality makes Trouble The Water an album that is as hardcore as it gets. 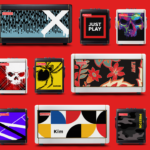 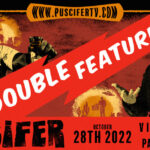