Portuguese Metal act Brain for the Masses has dropped the music video for their track “Bleak,” the first single off their self-released debut Monachopsis, released on November 23rd, 2022.

The band comments on the video:

“Laid upon you is the first glance at what we are about to set free. A shout, a loud one at that, from the depths of the unspoken. A suppressed silence that, once approached, presented nothing but noise.”

Taken from the etymological work of John Koening, the neologism that shares its name with the debut was created by John Koening in an attempt to define feelings without a proper descriptive term. “Monachopsis” is “the subtle but persistent feeling of being out of place…” a fitting title that reflects on the increasing feeling of oneness that perpetuates in the dystopian times we live in. A signature of the modern times, lurking in the deafening silence that is engulfing us. An ominous presence camouflaged by the distractions of modern day life. 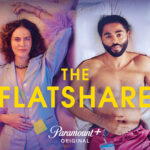 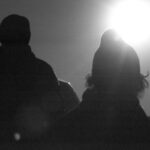