The pathway forward for a musician is rarely straightforward and often characterized by peaks and valleys. You could undoubtedly state as much about Jeff Sahyoun, former member of the popular post-hardcore group letlive. Sahyoun served as the band’s lead guitarist for the last eight years of their existence, and while he has now gotten things on track with his solo project Fixt English, that was anything but a sure thing.

After letlive disbanded, Sahyoun went through some personal and creative hardships. Eventually, he took a job in construction to pay off some bills and also to distance himself from the toxic aspects of the music industry. Taking that job helped him get back on his feet, which led to him revisiting some music that he had written. Soon he realized he had a finished record on his hands, and Fixt English was born.

Recently, Sahyoun released the debut Fixt English single “Lost It,” a song that reflects his journey of feeling lost and trying to find where you fit within this world. He also recently announced the release of the debut Fixt English EP entitled Erase Theory. Due out this coming February, the EP will build upon the themes introduced in “Lost It,” feeling lost and out of sorts but also grabbing hold of and maintaining the perseverance necessary to move forward positively.

To learn more about his new solo work, we recently connected with Sahyoun to discuss his new music, his writing process, Erase Theory, and what new music interests him.

For those not familiar with Fixt English, can you tell us a little bit about yourself?

Jeff Sahyoun: “Fixt English is an alt-rock pop trio based out of Los Angeles and was officially formulated earlier this year. It’s mainly a positive movement that reflects on my personal journey as an artist.”

Your new song “Lost It” was recently released. Now that it is out, how do you feel about it, and what has been the response so far?

“The response has been surreal as I wasn’t exactly sure how well it would be received. It has definitely exceeded my expectations and is currently fueling the excitement of the next release(s). It still has so many ears to hit, and Fixt English has quite a bit of ground to cover. It’s a very exciting time for our camp.”

“I don’t really have one in particular. I go about writing in a different way almost every time. There isn’t a single formula, per se. I believe that I am just a tool for something greater. Most of the audio you will be heading this coming year was created in my home studio. I also mix as I write, as for me, the mix is also part of the writing process. The process is always shifting.”

When you were writing for this, did you do so with the live setting in mind, or did you write a song just for the song’s sake?

“I definitely did for this catalog. I had been working for an AV company as a design engineer and assigned huge theatre projects. This always enabled me to play the demos via audio consoles in large theatre rooms where I spent my evenings envisioning the live setup. I had aimed for a large sound going into this. I was very fortunate to have consistent access to these sonic spaces.”

What’s the story behind the name of this project?

“Like most things in life, there is an ending. I had a chapter in music end for me a little while ago. The English language is a massive part of my life, as well as music. These two assets are embedded in my soul. Music is ultimately how I communicate with other humans on this planet. English is also how we communicate with one another. As music is my life, I spent many years having to fix it. So, I assigned the title, Fixt English, to this band as it symbolizes the reconstruction of my life.”

You announced your upcoming debut EP, Erase Theory. What is the story behind the name of the record?

“The title stuck, and these tracks tell the stories of how I navigated my way around, filling these voids and attempting to erase them from my world as I moved forward. Today, I don’t feel like it was the best solution, but at the time, it was just what I did to get through the days. I think we all can relate to some degree.”

What are your touring plans for when the new EP drops?

“I plan on releasing a few songs to gain some momentum. I’d love to bring this to the road come 2023 and begin to transition into a global chain of events. Fixt English is too powerful and too big to remain fit in one area. The world needs to see this.”

“Touring with the Deftones and Rise Against, multiple times. I can also say that seeing my face in a Rolling Stone article was also memorable. Those have been some of my favourite moments to date.”

“I’m really into Bad Omens. A friend of mine had introduced me to them fairly recently. They are new in my world, at least. I’ve just been hooked ever since.”

“This is an impossible question to answer! Truly. I really have no idea how to choose. The vibration I feel via audio varies every time another day passes, and I discover another song. This also fluctuates through different chapters in my life. We are so blessed to have direct access to all of this music now. It’s just not something I know how to answer. Funnily enough, I actually ask this question to people I first meet.” 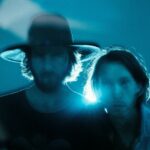 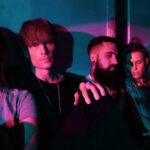