Do I step up and do something, or do I just hope for the best? INNY have taken it upon themselves to tackle this age-old question on their latest single, “The Lotto.” The song is the featured single on the trio’s brand new full-length album Pippins, which is due out on December 16th via Nadine Records.

Both “The Lotto” and Pippins will come as very gratifying to all you fans of old school punk and noise rock, with INNY very stylishly and capably tapping into a sound of an era gone by, but at the same time making it sound very current and relevant to today’s scene. The band possesses all of the great qualities of classic noise rock and hardcore acts, with a rough, grungy element to their sound and just the right degree of harshness and dissonance within each note.

Regarding “The Lotto,” lead singer and guitarist Brody Mennitto states:

“This track successfully manages to pay homage to Brainiac and Pixies in the opening riff, though I didn’t really notice until listening back to it later. It’s one of my favourite tracks on the album for its ramp-up to anticlimax, which works in sync with the lyrical theme: building up the nerve to take action, but actually doing nothing, but waiting for a stroke of good luck.”

There’s a certain beauty inherent in the band’s loud and soft, rough and graceful approach to their craft.  The Pippins album will feature nine new tracks recorded during the worst of the COVID-19 pandemic, right when things began to go wrong again. As a result, the band did all of the recording and production themselves (mastering was handled by Stephan Hawkes), taking their time over the course of several months in their home studio. This extra time allowed them to experiment more and develop and diversify these songs and their arrangements. Listen closely, and you’ll hear the layers of piano, synths, percussion, and field recordings. Listen closely, and you’ll also hear a band that is really rounding into form and is having a blast along the way. 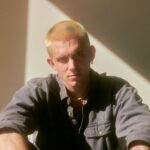 nobody likes you pat, photo by Teren Mabry
Prev Post 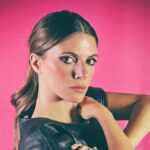 Erin Agostino to Star in Holiday Movie ‘A Christmas Masquerade’