Blame Kandinsky have debuted their new single “Vague,” the second glimpse of their forthcoming album Eclectic Ruiner, due December 2nd via Venerate Industries.

“‘Vague’ refers vaguely to our existence. We’ve been thinking about how elusive is, in fact, to be alive; trying to find that piece that the world is seeking. People constantly studying the past and the future, making recipes which theoretically will help them to achieve happiness while everything is transitory. Do we feel alive? What’s the cost of one’s dream? Would any of it make sense if there was no end? It seems like there are no successes, no failures, no patterns, no universal truth. There is just the urge to escape any routine. As surprises and the aftermaths grind on, all is vague.” 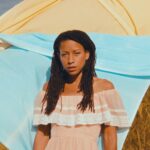 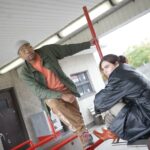