Vancouver musician Ché Aimee Dorval shares “Loveless,” the third single to be taken from her forthcoming album The Crowned, which is set for release on January 19th, 2023.

‘‘Loveless’ is about giving your love over quickly and readily. Loving without the expectation of having it returned. I think it’s honourable to give over love easily to anyone, even with the dangers that can come from that. Maybe it’s not even a choice. Maybe you either acknowledge your love or you don’t, but it’s there either way. This song explores the feeling of being compelled to love a person who has nothing to give in return.”

Ché launched her campaign in August with “Blood Red Son” – the video can be found below.

As Ché gears up to release The Crowned, we find her at her most ambitious and gregarious. Inspired by her love of Trip Hop, Folktronica and Soul, The Crowned has Ché’s signature all over it whilst reaching out into new sonic environments. Pre-pandemic, Ché was working with Bob Rock, who produced half of the album. When we emerged from lockdown, Ché had self-produced the rest. The Crowned tells a story of an artist’s evolution and growth. 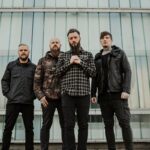 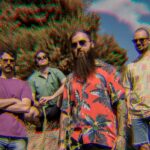