Canadian Country musician Justin Fancy has just dropped the music video for his newest single, “Laid Back Kinda Night”; check it out below. According to a recent press release, the song is “…an upbeat, toe-tapping earworm that is sure to have fans singing along after the first listen.”

“Laid Back Kind of Night” is the second single taken from Fancy’s upcoming sophomore studio album which is slated for a Spring 2023 release. Fancy comes from Conception Bay South in Newfoundland and recently won the 2022 East Coast Music Award for Fan’s Choice Entertainer of the Year. He’s also a nominee for MusicNL’s Fan’s Choice Entertainer of the Year (which will be handed out at the end of October).

“The song is about living in the moment, and not caring about what tomorrow brings. The song was inspired by a perfect summer night after spending the day on my boat earlier this summer. From day to night, it was just so carefree, and I just left the whole world behind. The next day I picked up the guitar, and the song was born.” 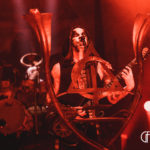 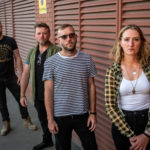