“Shut up, loudmouth!” Probably something you might think of saying at least a few times a day, whether it’s while watching TV, listening to the radio, overhearing some smart aleck on the subway, or countless other situations where someone is spouting off with their obnoxious, know-it-all opinion. Seven Purple Tigers know how you feel, and they have written a whole song about it with their latest single, “Smoke Communiqué.” This is the second single to the band’s upcoming Daydream Echo Chamber EP, which will drop on November 11th.

The song addresses the group’s distaste for the more boastful, arrogant, pretentious members of society, who seem to get the most attention only because they are the loudest or the most negative. Meanwhile, the more sensible, informed bunch gets drowned out by this idiocy, and it ends up dominating a lot of the public discourse.

Discussing their new single and their motivation in writing it, the band says:

“‘Smoke Communiqué’ is our next foray into our indie rock side, continuing where (previous single) ‘Ignorance Is Blitz’ left off. The song was, in fact, conceived during a recording session for the aforementioned 2021 single. Lyrically, ‘Smoke’ is a bit of a rarity for us in that we don’t often take on current issues in our music.

“Given, however, the widespread use of sophistry and misinformation on a wide range of topics so aggressively espoused by a deafeningly vocal minority of people in the last decade or so, we felt the need to vent. Those of us who prefer rational, factual approaches can’t help but be frustrated. We’ve simply put that frustration to music you can dance to. It’s a far healthier way to let things go.”

With both American and German roots, Seven Purple Tigers was founded in 2015 by singer Austin Horn and guitarist Phil Dyszy in Krakow, Poland, in an old recording studio which used to be a hotel. They are joined by bassist Sebastian Heieck and drummer Felix Schwer, and together they integrate together a unique, international-sounding blend of indie rock and pop. You can hear elements of The Strokes within their sound, certainly when it comes to Dyszy’s guitar tones and Horn’s powerful wails.

The band really started to get rolling last year with the release of four proper singles, and they have rolled it over into this year, with Daydream Echo Chamber thus far their crowning achievement. Their goal as a unit is simple: refresh the indie rock genre and maintain a truly international approach to the way they write songs. 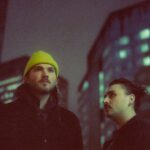 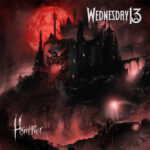