The axiom – well-known to the field of fashion – that the outmoded may justly return as the avant-garde is encapsulated in the recent resurgence of disco music. Once dead, disco is back and more relevant than it was 50 years ago.

Enter Butter TM’s new single, “Helium,” a collaboration with Finnish producer Perttu, which dropped a few days ago. “Helium” provides a tasty appetizer for the pair’s upcoming debut EP, which they’ve been working on for the last two years in Portugal and Helsinki.

Speaking about the forthcoming album, Butter TM says, “The ‘BUTTER TM EP’ is a lighter, feminine, and empowered story by living in a world where retro and modern disco elements collide.”

She goes on, “Big cities wrapped up in green smoke, where noses are tinted white, money evaporates like powder, sex sells on local buses in polyester suits. This filtered down to me writing music in the past, and my tone was much harsher with a knockout vibe.”

With her lighter, softer, more feminine sound on “Helium,” Butter TM and Perttu merge disco and hints of dream-pop into a yummy sonic concoction. 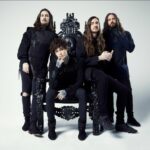 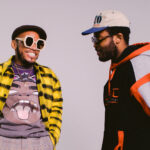