San Diego-based four-piece outfit Foxtide recently released their single, “Already Gone,” a psych-rock track laced with surf jazz. Inspired by the band’s experiences working mind-numbing jobs, the song maps the boredom of a man adhering to a persistent routine and just getting by.

“Already Gone” follows on the heels of Foxtide’s 2021 debut album, Visions, featuring “She’s Not Yours” and “Everything That’s Mine.”

Made up of Elijah Gibband Croft (lead guitar, vocals), Dom Friedly (guitar), Oey James (bass), and Ian Robles (drums), all of whom grew up in SoCal, Foxtide’s genesis occurred during garage jam sessions and their shared influences, including Tame Impala, The Strokes, The Beatles, The Police, The Beach Boys, and King Krule.

Opening on dreamy psychedelic guitars fused with tangs of jazz à la Steely Dan, as well as hints of surf flavours, “Already Gone” flows into a tasty groove, at once affecting and contagious. A subterranean bassline drives the rhythm, along with tight, popping percussion as skiffing guitars push out gleaming tones.

For some reason, Croft’s evocative voice recalls Ray Davies of The Kinks, at once easy to listen to and inflected with a palpable, unidentified modulation – posh and smouldering.

Because of its compelling groove and Elijah Croft’s swanky vocals, “Already Gone” projects an addictive frisson. 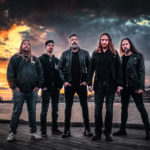 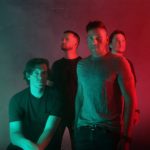 Fellow Kids in 2022, photo by Ryan Ewanchuck
Next Post