If you like rock n’ roll mixed with a massive dose of fun, then you’ve found an ally in Fellow Kids. We are helping to reveal the band’s brand new single today, “Fire Away,” an upbeat, dance-rock crowd pleaser that has all the necessary addictive qualities of a radio hit. It’s a statement-making song, a defining moment, and a sign of things to come on their debut album, which they are getting close to finishing.

Striving towards an energetic, dynamic sound, the quartet masterfully works together the best qualities of guitar rock with Top 40 pop and modern indie pop. Lyrically, Fellow Kids are very much inspired by the complicated circumstances of today’s society and the challenges that come with trying to define yourself as an individual in a world that never seems to pause for a second.

Lead singer Navin Sundar has been so kind as to offer us an in-depth look into the impetus behind “Fire Away,” stating:

“I was in the throws of a Johnny Depp/Amber Heard testimony-like highlight package of my mistakes in my head after giving up on a few things for the rest of my life. While I was reconciling the past, I was being reflective; I was really trying to figure out what went wrong.

“While I was Dr. Phil-ing myself with a selection of self-help scientific doctrines, I was helplessly uncreative, musically. That is where our dear guitarist, Jamie Gordon, had come up with a funky-dancy-groovy all-in-one bassline and chord pattern that our bassist, Ian Lavery, and our drummer, Ryan Ewanchuk, all instantly locked into; bringing their exceptional chemistry to the mix. This led to the funk rock riff idea turning into a rangier and sonically diverse complete song with both the energetic dance rock chorus and the groovy verse bits being accented by both mine and Jamie’s guitar work. The song was recorded at Monarch Studios and produced by Tom Dobrzanski, whose creative and technical musical mind elevated the song to capture the vibe we were aiming for.”

“As the structure, aesthetic, and the feel of the song was coming together in rehearsals, I finally felt confident to share a bit of the reflections I had been going through. This song is a snapshot of me in a moment in my life when I leaned into some demons. The side of me where even though I had done some work and knew what was better for me, I still really needed to find out why what I was doing was hurting me.

I looked at the different angels and the demons in my life. Both of them, tugging at me loosely and tightly at different times, getting me flustered and off-balance. For some odd reason, in my fallacious brain, the pressure to do what is right all the time makes doing what is wrong a little bit easier every now and then. So, ‘Fire Away’ is essentially a toast to the tropes about self-improvement… an order to bask in the glow of your failures… because if you survive… you will be better for it. Fuck it. Fire away.”

Although they first formed in 2015, it wasn’t until a couple of years ago that the band really began to find itself. Despite the various lockdowns, 2020 and 2021 were productive for Fellow Kids from a songwriting perspective, with the release of a few singles. “Faded” and “Blacklight” are both anthemic in nature, while “Afterglow” was more of an indie rock ballad. The important distinctions between these singles illustrate the real limitless capacity that this act has for creating indie rock in all of its different forms.

With the music industry having become more normal again over the last several months, Fellow Kids are excited about the future. With their new album to come soon, this will be a band to keep a close watch on as we saunter into the new year. 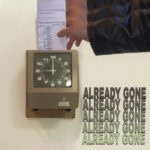 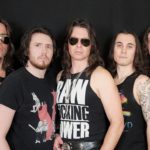 Crash Midnight in 2022, photo by Bianca Velayo
Next Post