Shot in Nova Scotia in Halifax and near Beaver Bank and Sackville River, FROM is now available to stream on Paramount+ in Canada. FROM centers around a mysterious nightmarish town in middle America that traps all those who enter. As the residents all fight to keep a sense of normalcy while desperately searching for escape, they must also survive the surrounding forest and the nocturnal creatures that inhabit it. The series features a stellar ensemble cast led by Harold Perrineau (Lost).

Produced by Michael Mahoney and written by John Griffin, FROM should appeal to fans of Lost, as well as fans of genre horror. The writing on FROM is top-notch, and the gore in the series is impressive (and visceral).

We thank Harold Perrineau for taking a piece of his morning last week to field a few questions for V13 via Zoom. The audio (vis SoundCloud) and video (via YouTube) are available here if you’d prefer to hear Perrineau’s answers in real-time.

Harold Perrineau: “I love all the posters and music you have back there. Can I live at your house?”

Swing on by! Are you still making any music?

So how much can we talk about FROM? Can you give away any plot points here, or is that all still kind of hush-hush?

“Well, I think that the whole series, once it drops, is all going to be there, and it’s just going to be a matter of who binges it or not. So I think we can kind of talk about it in general terms, but I think it’ll be really cool for people to explore it. So we don’t want to give them too much, how about that? We’ll give them some, but not too much.”

Fair enough. We can say that Jack Bender’s name shows up at the beginning of the episode, right?

“Exactly (laughs). That won’t spoil anything.”

At that point, I knew I was in good hands.

“Hey, I had the same feeling when I was told that Jack Bender was going to be the person that is directing. He is also our Executive Producer. And then they were like (about Jack directing), ‘Oh, to horror.’ I was like, Oh, uh, I don’t know (about horror). But then I read it and was like, ‘No, this is Jack Bender’s world. He can make this feel really, really great.’ And so I was really excited to know that he was there and that he was helming it. He was going to lead us through this whole thing, so it’s a really good thing that he is there.”

What is that like for you with a known director? Did you have a shorthand with them already because you’ve worked with them so much before?

“You know, I don’t know if we have a shorthand, but we have a trust; a real trust. And I really have worked with Jack Bender a lot. Way before even Lost, one of my first jobs in television ever, I was a small character on a show. I would leave acting class to get on a plane to go do this job. Jack Bender was the director; it was called I’ll Fly Away. So we certainly, at this point in our lives, have a real trust in each other.

“Now, like I said, when I found out he was doing it, and it’s like, ‘Oh ok, there’s nothing that I have to worry about outside of making these words come out of my mouth in a really authentic way.’ And I think he trusts me to do that, and so, yeah, when we get there, I never question a direction that he has, I never questioned a shot that he wants to do. I don’t have one question about it because I’m sure he’s got a really great idea. He’s such a visual guy, he’s also a painter as well, and so he sees things, he tells stories visually, really, really well. And he also understands the dramatic connection that all the characters have to make. So it’s really fun to work with him on that.”

What were you first shown about this show? Were you given an outline or a full script? What was initially given to you?

“Originally, I got the very first episode, which is really quite scary from the onset. You see the stakes, like with the little kid, and stuff like that. And so from the time I started until the end of that first episode, I was like, this is crazy writing; but really, really good. And it’s so heart-wrenching. And it made me curious about who these people were, what the dynamics were you see early on in the very first episode, that Boyd, who’s our Sheriff and taking care of the town, is living in one part of the town, but his son is living somewhere else. And he is sort of like watching him over his shoulders, but they’re not connected. And you think like, this is a place that’s really scary and you could die at any point.

“So why would the father and son not be communicating? They are the two people they should trust. And as that all unfolds in the first season, and you go, ‘Oh. oh. OH! Wow’ (laughs). And so that’s really fun. And so, (laughs) hopefully, I’ve answered your question. I’m starting to round about now.”

As far as the opening scenes go, From has a wonderful one where you’re morosely walking down this nondescript town, raining a bell, sort of herding people into their homes. In my mind, I immediately went to “he’s his ringing a dinner bell.” Which you kind of are!

“(laughs) Yeah, I am, kind of. That’s really funny. And then when you meet right away, this beautiful young family and something’s a little off, and then it goes from there, and it’s just; ‘Wow.’ For me, it’s just like, ‘Oh wow. Oh, that’s what we’re doing? Is that what’s happening?’ And the stakes are immediate. And so, I love that about it. It makes you really scared right away and then go, ‘Oh, how are we getting out of this? How do these people get out of this?’ Do you know what I mean? And so when you meet the Matthews family, you’re like, ‘Oh boy; are you guys screwed!”

Right? And the daughter, Julie, one of her first lines, while she’s interacting with her brother, is, “When you’re dead, you’re gone.” And that’s just total foreshadowing.

“It’s really well written. John is such a great writer. It’s one of the things that I really appreciate about it. There are many things I appreciate a lot, but like you said, when I got that first script, it was the writing. And the writing is really solid, really there. So I think people will dig it, and they will be intrigued by it.”

Nice. Is there an element to Boyd that you wanted to bring to that character when you were fleshing him out and doing some of your initial scenes?

“One of the things I wanted to do is; Boyd is kind of an archetype, the gruff old guy who fixes everything. And so what I really like to do when I’m working is I really like to find out who the human being is in that person, and try to bring that part out. Sometimes you could play the character in just a certain way because that’s how the world is going to expect, but what I wanted to try to find were some of the more nuanced things about Boyd. About his life and the reasons, he’s there. I’m really intrigued about people who are of service, whether you go into politics or the military or whatever. I’m always intrigued about giving over that part of your life for a bigger ideal. Do you know what I mean?

“We live in a world where sometimes people can be very selfish. So for people who aren’t, I’m always curious about that. And so I wanted to flesh out some of those things about Boyd because he really is a man of service, and he is in a really tough spot right now (laughs). So yeah, he’s going to have to figure that out.”

Can you talk a little bit about what the atmosphere was like filming on set?

“We have a great cast of people and so on set; everything is really, really fun. But it’s a ways way out. We’re here in Halifax, and it’s a beautiful place. Look, I’m from the city, I’m a city kid, so you put me out in the woods, it gets a little freaky for me, it gets a little scary. So sometimes we’re out there, and we’re in the dark, and you’re worried about wacky things; Ticks, deer, stuff like that. So it can be scary already.

“And then, when you add the element of, you don’t really see the creatures in the beginning, you see a little flash with them. But when you actually see them? Yeah, they’re grotesque. It’s a lot. We’re trying to live in the moment, but also not be overtaken by the moments. And so there’s a lot of camaraderie, we have a great crew that works hard, and our cast is committed to trying to bring all this stuff to life. Because it’s so fantastical, that you could easily just play the part like; you could play them silly. But if you play them with a real kind of urgency, a human urgency, it makes it a lot more fun to watch, I think. And I think our cast does that really well.”

Awesome. I’m just going to wrap up by saying that the show has been optioned for a second season. Is there anything that you’re hoping for Boyd?

“We are filming the second season as we speak. I’m here in Halifax again, and everything I was hoping for is happening (laughs). We come right out of the gate for the very first couple of episodes, and they are fantastic. So I’m really excited for finally people in Canada to get to see it because we’ve been in Canada shooting it. We really should show it to the people in Canada (laughs). So, that’s important. And yeah, it’s going really, really well. I couldn’t be happier.” 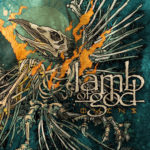 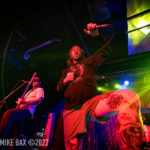