Some artists are content with sonic terrain that they, and their listeners, are well acquainted with, you know, reliable places that are also typically one of the roads “most travelled.” You can firmly eliminate The Phantom Broadcast from any consideration of falling into that category with their expansive, more challenging sound.

Their new single “The Practice” is a specific instance of that, a sign of things to come on the sextet’s upcoming new record Bindings. “The Practice” is an atmospheric track with a dark side, featuring brooding themes of isolation, disaster, abuse of power, and corruption. It all falls within the introspective, pensive space that the members of The Phantom Broadcast operate within when writing their music.

With a comment on their new single, the band tells us:

“‘The Practice’ is both a vision of the future and an account of the past, an alternate telling of the present moment. A tone poem written on soiled parchment and read aloud in a trembling voice. To coincide with the release, The Phantom Broadcast will perform at Golden Dagger, in Chicago along with Chicago locals Fuzzy Poser and R3id.”

Bindings will be a landmark release for the band, a culmination of sorts of nearly ten years of polishing and refining their songwriting style since forming in Chicago in 2013. It will act as the follow-up to 2019’s Antiquities, an album that pushed the boundaries of post-punk and successfully bridged it with the influence and instrumentation of Baroque indie rock.

The record will feature eight new songs with original, unique instrumentation and dark lyrical themes, like the ones explored within “The Practice.” Bindings also acts as a welcoming of sorts for Eric Novak (Cordoba, The Curls, Dissonant Dessert) on vocals and various woodwinds and keyed instruments. You’ll also hear several other guest musicians and friends featured on the record, a true celebration of indie music. You can rest assured the band has a lot in store for the new year, with a fall/winter tour that will pave the way for the official release of Bindings. 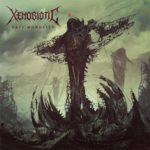 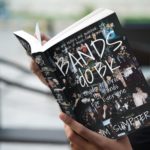