Paramount+ Canada has confirmed that the sci-fi horror series FROM, with a solid cast led by Harold Perrineau, will premiere on their service on September 27th, 2022.

Filmed in 2021 in picturesque Nova Scotia, FROM unravels the mystery of a nightmarish town in middle America that traps all those who enter. As the unwilling residents fight to keep a sense of normalcy and search for a way out, they must also survive the threats of the surrounding forest – including the terrifying creatures that come out when the sun goes down.

“We are thrilled that FROM — filmed in beautiful Nova Scotia with a ridiculously talented Canadian crew — will finally be available for a Canadian audience. Our series is populated by a variety of complex characters from various backgrounds, all trapped in a terrifying circumstance — good luck to our Canadian friends who try to untangle the mystery.” 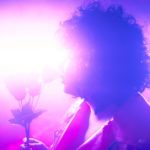 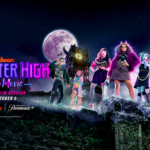