It’s been five years since Birmingham modern metal collective Oceans Ate Alaska dropped their second album Hikari and while it seems the band disappeared completely off the radar over that time, bar the odd track or two, it would appear that for the best part of 2021, they have been working heavily on the follow-up, Disparity.

Having been labelled as one of the hopes for British heavy music back in 2017, despite the lack of activity in recent years, their popularity has not waned, with “New Dawn” alone amassing nearly half a million streams on Spotify. The album cracks into life with the electronic-laced metalcore chug of “Paradigm,” a track packed with bouncy guitars and skittish vocals; Oceans Ate Alaska makes it easy to get hooked in. “Nova” continues the formula but mixes up the big, almost poppy cleans with breakneck metalcore, lurching breakdowns and plenty of atmosphere.

At its heaviest, Disparity is relentlessly dense and takes you to the days when deathcore started to infiltrate the mainstream, while the cleaner, melodic passages on tracks like “Sol” manage to sound slick without being either overproduced or out of place. With the help of some well-placed electronics and the use of atmosphere, Oceans Ate Alaska shifts and switch the mood throughout, making Disparity the kind of album that, while not demanding your complete attention, is certainly worth investing in. Taking it at a base level, though, whether it’s the nu-metalcore bounce or the big massive arena-size singalongs puncturing tracks like “Empty Space,” Disparity is full of the kind of earworms that will dig in before you know it.

Back in 2017, Oceans Ate Alaska really announced their arrival on the scene. They had both the potential and the world at their feet. Five years later, whether you see Disparity as a restart for the band, they have returned with an album that sits very nicely in the modern heavy music scene and, although not offering anything particularly original or game-changing, kicks off a “New Dawn” for the group in possibly the best way they could have hoped for. 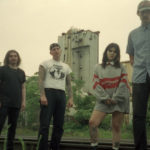 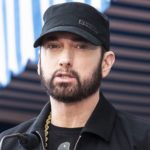