There’s no lack of “colour” or detail when you’re talking about HUMANS ETCETERA. Just take a look at the brand new music video for “Lovebirds” to see what we mean. The brainchild of singer-songwriter Christopher Henry, we are pleased to help debut this new clip, the single from the project’s upcoming Part of Being Human record which will be released on September 30th via Nefarious Industries.

Featuring a very retro sound reminiscent of new wave, Henry really paints a stunning picture with this new song and video, an evocative, expressive slice of electronic pop, attractive in style and genre to both younger and more middle-aged fans of the genre.

Offering his interpretation of the song, Henry tells us:

“‘Lovebirds,’ from its opening lines, ‘they cut your wings off, then you’re free to fly away…’ is a song about the contradictions between our expectations of love and the reality of love. The song describes love’s more undesirable features: loneliness, naivety, danger, uncertainty, selfishness, and violence. Belief in the purity of love creates unrealistic expectations, and pain tenfold when those expectations are broken. After the final lines, ‘you crash-land right through the table, breaking everything,’ the song ends with bird sounds distorted and gated so much that they sound like agonized screams.”

Joining Henry on “Lovebirds” is guest vocalist Lin Xiaoyang, the frontwoman of the Wenzhou dream punk group Night Tides. They met in late 2020 at a festival in Wenzhou and began collaborating, with Henry now also serving as the drummer of Night Tides.

Originally from America, Henry is now based in China. A very active musician, he approaches HUMANS ETCETERA as a passion project that he does when he’s not busy with Night Tides and his other bands, Fuck Your Birthday and Polyphozia. He started HUMANS ETCETERA a decade ago and, in that time, has incredibly released eleven albums. Outside of the assistance from Xiaoyang, this is pretty much entirely Henry operated completely on his own, left to his own devices to experiment and go places musically he wouldn’t dare in any of his bands. He recorded the vocals, guitars, bass, keyboards, and drums for each song and even did the mixing. It all sounds just as good as if a full-fledged band did it, a testament to Henry’s skill and experience with HUMANS ETCETERA, looking to become the centrepiece of his diverse musical output.

Part Of Being Human Track Listing: 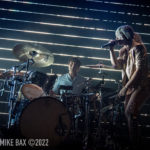 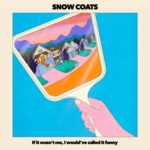 Snow Coats – ‘If it wasn’t me, I would’ve called it funny’ [Album Review]