Jeff Tweedy, John Stirratt (bass), Glenn Kotche (drums), Mikael Jorgensen (Keyboards), Nels Cline (guitar), and Pat Sansone (guitar) performed 23 songs to a dedicated cluster of fans, many of whom travelled a distance to see this concert. This evening’s Wilco show was originally a one-off Toronto show solicitation, with Bahamas and Kathleen Edwards posted a while back before the entire U.S. run with an additional three Canadian dates followed in the weeks after this concert went on sale.

I’m not sure why it took me over two decades to get in front of a Wilco live show, but I’m glad this evening was the show I dove in with. A long-time fan (and repeat attendee) I sat with said it was the best performance he has seen from the band and touched on “Handshake Drugs,” “Via Chicago,” “Impossible Germany,” and “Spiders (Kidsmoke)” as his stand-out moments.

I’d also add the lengthy version of “California Stars” (by Billy Bragg & Wilco). I enjoyed the jammy bits at the apex of the song. Towards the end, Tweedy took the microphone and addressed the Toronto audience, saying: “We can do this together. We’ve all been through some shit. We can clap together. This is the best shit – thank you so much. Go see everybody. Go see every band you can see. Go see all of the music you can fucking see. Don’t give up the beat. Don’t quit clapping. We are now going to pass our beat to you, and we are going to define ourselves by the shit that we love, and not the shit that we hate.”

Tweedy mentioned not attempting a Rush cover this evening and called out the Horseshoe Tavern, the venue that first brought Wilco to town. The band ended the gig with “I Got You (At the End of the Century),” another fan favourite that had everyone up on their feet dancing along. This Wilco tour is promoting the recently released double album Cruel Country. After playing the album, all of the songs from the new recording performed live seemed more amped-up live – I prefer what I saw live a few nights ago over what is on the studio album.

The nutty drum breakdowns during “Via Chicago” totally freaked me out; I thought it might have been a mistake – that Glenn Kotche somehow started drumming to the wrong song. It certainly woke up a few of the people sitting around me. Nels Cline is a machine on guitar. He had stand-out moments on every piece this evening. I particularly enjoyed his seated moments performing slide guitar on a lovely Duesenberg Lap Steel.

The Milton slow-down was extra sluggish this evening, and I failed to make it into the venue in time to see Kathleen Edwards. Bahamas were most enjoyable, though, Afie Jurvanen and his band performed a lengthy set, warming up the Toronto audience adeptly.

This Wilco performance was promoted by Live Nation Ontario.

Handshake Drugs
I Am My Mother
Cruel Country
I Am Trying to Break Your Heart
Hints
War on War
If I Ever Was a Child
Via Chicago (with “Many Worlds” coda)
At Least That’s What You Said
Story to Tell
Hummingbird
Bird Without a Tail / Base of My Skull
Hearts Hard to Find
Jesus, Etc.
Impossible Germany
Love Is Everywhere (Beware)
California Stars (Billy Bragg & Wilco cover)
A Lifetime to Find
Box Full of Letters
Spiders (Kidsmoke)
Encore:
Falling Apart (Right Now)
Red-Eyed and Blue
I Got You (At the End of the Century) 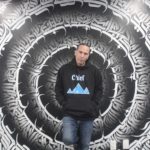 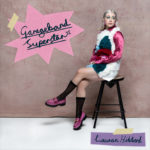