The Seattle-based noise crew TURIAN entered the pandemic a trio and emerged as a foursome, along with their record No Longer Human (read our album review here), which has been bending the collective ear of the heavy music world. We managed to establish a secure line and spoke candidly with the group about the timeline between their previous album and this one to understand how the group navigated their metamorphosis.

Before the pandemic brought a sweeping halt to the world in March 2020, the group had big plans. “We had just released our Self-Titled LP on our own Buster Room Records,” explains guitarist Ryan Moon, “and were planning a full east coast tour with our friends in Harsh Realm[.] We were also poised to play that year’s North West Terror Fest.”

Having all their plans quashed like that was a huge blow to the band at the time. “It was pretty wild to go through the process of recording that album and then to have all of our efforts essentially evaporate,” says drummer Andrew (“Drew”) Nyte. “The album came out in March right before everything completely shut down.”

“We sat tight for a month or so and then shut basically everyone out of our lives so we could safely practice in isolation. Then Vern entered the picture, and things just took off.”

But when life gives you pandemics, as the band reveals, sometimes it’s best to say fuck the pandemic and bail. “We basically said ‘whatever’ and just started working on new music,” Ryan says. “We sat tight for a month or so and then shut basically everyone out of our lives so we could safely practice in isolation. Then Vern entered the picture, and things just took off.”

One of the key things that happened during the group’s time in stasis was this lineup change. When asked about their decision to hand off vocal duties to a new, fourth member, Vern Metztli, the band is emphatic about their choice.

“Vern joined the group in the middle of 2020, and Andrew and I were both very relieved to not be doing vocals anymore,” explains Ryan. “We had always wanted to focus on playing more precisely and doing more technical aspects but having to balance the vocals was hindering us. I had also never really been satisfied with my own vocal performance, so Vern coming in was really awesome because they have such a naturally strong, unique voice that left us a lot of room for all of us to experiment and grow.”

“In the past, the vocals were something we felt like we had to add to a song to make it more full, rather than approaching it as a unique expression,” continues Drew. “Once Vern came in, we could actually write songs around vocals for the first time. I think that played a huge part in the development of these songs.”

The feeling was mutual, as Vern explains, “I really liked the band before joining and felt like my songwriting was a little different from Ryan’s in terms of lyrics. But now it seems like we’ve actually been able to build songs around the lyrics I bring to the table which has been really cool.”

“The fact that we were able to keep practicing, writing, and recording throughout the pandemic is probably the only bright thing that came out of the whole thing.”

While vocal duties shifted, I asked about writing lyrics, and whether Vern wrote them all as well. “Vern and I split the lyrical duties on this one,” explains Ryan, adding, “but they are usually the ones to give things a final tweak.” It’s a process, as Vern explains: “We usually collaborate, but we also both just write whole songs and will bring them to the table. I can’t say that a single track is the exact way it started.”

When it came to making what is shaping up to be one of the heaviest records of the year, I asked point blank what was the biggest catalyst for their shift. “The isolation,” states Drew. “Ryan and I have been coworkers for a while, so he and Vern were always in the bubble. Same with [bassist] Cris [Sanchez]. The fact that we were able to keep practicing, writing, and recording throughout the pandemic is probably the only bright thing that came out of the whole thing.”

“That and Vern joining the group obviously,” he adds.

For Vern as well, this group marked a major shift for them. “It was the first time in my life I was actually able to have the time to do something like be in a band. I had never done vocals[…] before joining the group. Ironically the quarantine actually gave me the time to work on lyrics and practice developing my vocal style.”

It’s an impressive reveal, considering the result on display on the record. When asked what went into the lyrics in terms of influences, the band is outspoken. “A lot of the lyrics draw from influence in sci-fi media (books, films, etc.) which has always had a rich history of warning of the dangers of technology,” says Ryan. “So inherently trying to make some of the songs personal or relevant totally displays how entrenched we are with technology and how it’s perpetrated our psyches and lives. Personally, my favorite is Willoughby which was a reference to an episode of The Twilight Zone. Our fast-growing society has made it so impossible to live a slowed down, meaningful, and even human life.”

“I would like to build more of a community of people who have been told, ‘no, you can’t do this,’ and see them shredding and fucking shit up. In my opinion, the most marginalized people have the most important things to scream about.”

“A lot of my lyrics are inspired by literature that I feel connected to or even scared by,” explains Vern. “I love Phillip K. Dick; his short stories, in particular, have touched on a lot of topics that resonate with me, like cognitive dissonance and mental illness, but I also like it because the science fiction aspect appeals to real-life fears with absolutely unreasonable fears… Like waking up too soon from cryogenic sleep.”

On that thread, when asked about what real-life concerns the band has for our world today, Vern offers, “My biggest concern is making more space for marginalized people in this community because I feel like a lot of the time we are made to feel like we aren’t allowed to do it, like it’s not ‘our zone.’ I would like to build more of a community of people who have been told ‘no, you can’t do this” and see them shredding and fucking shit up. In my opinion, the most marginalized people have the most important things to scream about.”

“I’d like to ask people to be nicer to each other. Start building communities and uplift each other,” Ryan adds.

Drew elaborates on that sentiment, adding, “Pour into the people you love because they are all we really have.”

While researching prior to the interview, I stumbled on the word Turian being used as a reference within the LGBT+ community as a reference to gay and non-binary men. Knowing that vocalist Vern is non-binary, I asked whether the group could confirm this was its intended use. But as it happens, on this particular front, they weren’t trying to be overtly (or even subliminally) political.

“I had to look this one up because I had no idea Turian was a reference to anything other than Mass Effect (it’s an alien species in a video game),” Ryan replies. “We just thought it sounded good and looked cool in all capital letters. But it’s cool that it means something to the community too!”

It turns out the group has influences besides sci-fi lit. “We love video games in TURIAN,” explains Drew. “Pretty much everyone in the band grew up playing games and learning game music as a way to progress on our instruments, so it makes sense that we took from games. I started playing music because of games! That is interesting about the connection with LGBTQ+,” he adds, “since a couple of us in the band are queer, but we didn’t really set out to make any reference or connection.”

“We still have this elusive vision to make an album that truly pushes us over our limits. We love and are proud of No Longer Human, but I think we have another album in us that will take it even further.”

In approaching the end of my interview with the band, I ask about something that had piqued my curiosity since I first heard it: what does album closer “Saila Maaso” refer to?

“Saila Maaso is ‘little brother deer’ in my native Yaqui tribe,” explains Vern. “He’s a spirit we invoke in a ritual called Deer Dancing. We do this ritual to connect to the overlapping world in our beliefs so that we heal the damage that humans have done to them. It’s a ritual I grew up watching, and it’s very important to me. The last lines of the song are actually a part of the prayer that we use ‘May we walk the desert on enchanted feet, may we feel enchanted worlds in our heart.’”

Looking to the future, the group has high hopes. As Ryan puts it, “We hope to get some bigger tours and cool shows lined up. We are working on like 3-4 new projects at the moment. Personally, I’d just like for our music to reach as many ears as possible.” He adds, “My biggest goal with this band is just to get the music to the people who need it the most.”

The band also has a more ambitious goal in mind, as Drew explains: “We still have this elusive vision to make an album that truly pushes us over our limits. We love and are proud of No Longer Human, but I think we have another album in us that will take it even further. Even if that isn’t true, we are still gonna try! Hopefully, we can get the groundwork laid for that in the next year.”

Most of the TURIAN’s goals, then, are rarefied. But not all: “I just wanna rock,” as Vern puts it.

Here’s hoping we get to see the band do just that, and soon! 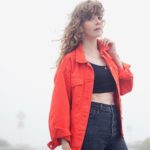 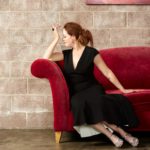