Despite growing up in the idyllic surroundings of the Isle of Wight, it was an introduction to American rock favourites Weezer which has had the biggest impact on rising slacker-pop 25-year-old Lauran Hibbard, and it’s the influences of Rivers Cuomo along with a good dose of smalltown humour which provides the heartbeat for Hibberd’s long-awaited debut, Garageband Superstar.

From the appearance of the likes of Limp Bizkit’s DJ Lethal to New York garage-rock favourites Wheatus, Garageband Superstar is definitely a wonderfully nostalgic trip back into the heyday of ’90s rock, even if it does feel like the Avril Lavigne comparisons are a little lazy. Despite the fact that, from the moment the bouncy “Rollercoaster” kicks off the collection, there is more to this than just “Sk8er Boi” inspired pop-rock as the likes of “Slimming Down” give you that same feeling you get when you listen to any artist from your favourite ’90s playlist.

The success of Garageband Superstar comes from the fact that everything about Hibberd is so utterly likeable. Whether it is her ability to write the kind of fuzzy hook that sinks into your head from the moment you hear it or the fact that she has clearly written plenty of these songs with her tongue planted firmly in her cheek, this debut collection of tracks just leaves you feeling fuzzy inside. Honest, charming, humourous, the likes of “Hot Boys,” “Slimming Down,” and “I’m Insecure” are the sound of someone finding her way in the world through her music, but they’re also wrapped around massive pop hooks and big slacker-pop guitars.

Judging by the guest appearances from DJ Lethal on the brilliant “Still Running (5k)” and Wheatus on the title track, the world is very quickly falling under the spell of the Isle of Wight local with a love for Weezer. It’s easy to see why as well because, whether you’re a twenty-five-year-old stuck in a small town or a ’90s slacker pop/pop rock fan, Garageband Superstar is the kind of album that will tick all of your boxes. 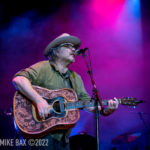 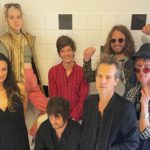