A glorious adventure is about to begin, starting right here today! Heavy metallers Hunting Giants are debuting their brand new music video for “Rituals,” the first single from their upcoming album Mythos. The song indicates the zeal and the ambition that the band is bringing towards this new record, due for release on September 30th.  The “Rituals” video matches the flat-out intensity of the song, one that discusses necromancy and the harshness of hatred and shame.

After debuting five years ago in Vancouver, British Columbia, Hunting Giants have reached an apex with this new release, operating at a level of skill, fervour, and cohesion like never before. The “Rituals” video is poised, hard-hitting, and dramatic, pulling no punches as a visual accompaniment that actually complements and enhances the song to which it is tied.

Describing the song, the band was kind enough to send us their thoughts:

“A bass slide introduces us to a seductive salsa which peaks suspense until it explodes with a punk-inspired bounce. This song follows a man who sees morality as a vain illusion which people create for themselves and that the maxim, ‘Do what though will shall be the way of the law’ reigns supreme. He is robbing a grave when we encounter him and we watch as he dismembers a corpse and grafts its limbs onto a different body. The chorus opens up with complex guitar and percussion work complimented by a simple call and answer vocal melody as the body is then reanimated by the grave-robber.”

With more to be said on the topic, they continue:

“In sudden contrast, we are greeted by a soft and sensual vocal line with sparse instrumental work which speaks of the freedom moral relativism can grant you. This leads to a frantic Mastodon-inspired bridge where we explore how hatred can fester in a person if they isolate themselves away from the world and blame others for the fruit of their own actions.”

Mythos has been a project long in the works. Spanning 13 tracks, the band intends it to be a career-defining record, one that will offer the listener a full-fledged journey into new auditory and thematically expansive worlds, characterized by audacious guitar riffs and engrossing lyrics. No two tracks are the same, with each song emphasizing something different and special about the band. There are harder moments, softer moments, and everything in between.

The album will be especially appealing not just to metal fans but also to fans of ’90s alternative rock and grunge, progressive metallers, and gritty hard rock. You add in their live show, which is spectacularly visually driven, and you have an all-around glorious experience, particularly for those looking for a more challenging listening experience. 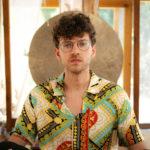 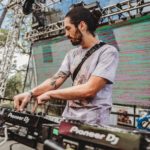