“Save A Prayer” took on a relevant meaning on Monday night as heavy rainfall, lightning, and thunderclaps closed the venue gates and pushed fans back to their cars for an hour to see if Toronto’s Duran Duran performance would go on as planned. Ten minutes before Nile Rodgers was set to take the stage, an announcer asked patrons already on the premises to seek shelter and await further information. A few nights before the Toronto show, the tour kick-off in Minnesota got cancelled due to inclement weather, making this evening’s performance the second night of the tour.

An audience of predominantly women, many in their 40s, 50s, and 60s were all dressed to the nines for Duran Duran. The uncanny shriek that overtook the introductory music as the band walked onstage to “The Wild Boys” could have put a Justin Bieber crowd to shame; the decibel level was so deafeningly high. The tour merchandise was all but sold out 20 minutes after Duran Duran took the stage (men’s 2XLs were all that was left available).

Currently touring North America ahead of their November Rock & Roll Hall of Fame induction, iconic British new wave band Duran Duran is touring the Future Past album and celebrating 40 years as a band. Future Past, a strong record from beginning to end, was released in October 2021. The album features special guests Graham Coxon (on all songs), Mike Garson (David Bowie), Tove Lo, Chai, and Ivorian Doll. This current run of dates will wrap up with three consecutive dates as the Hollywood Bowl in Los Angeles.

A live DJ spun a live mix of old and new material, updated with a bouncing backbeat and several low-end bass hits that shook the speakers in front of the stage enough that they started to move and rotate around on their own.

Nile Rodgers & Chic took the stage at 8:30, cutting their performance short by five songs and getting the ‘good times’ rolling quickly by jumping right into “Chic Cheer.” Rodgers has legendary status as a musician and has collaborated on numerous albums with so many a-list musicians over the years that they can’t be easily quantified. He performed “Get Lucky” (Daft Punk cover) and “Let’s Dance” (David Bowie) this evening, along with Diana Ross, Sister Sledge, and his Chic material. He brought horns, dancing vocalists, and loads of funk along for the evening.

Duran Duran went on at 9:30 pm and performed a tight set of material comprised of four songs from Future Past along with a battery of their singles. Fans sang along to so many of these songs at a volume so loud they drowned out the band in places. Simon Le Bon asked the Toronto audience how many in the crowd were at their first 1981 Toronto concert at the legendary Horseshoe Tavern, chuckling at the hail of cheers that came off the crowd as he said, “well, all of you couldn’t have been there!” He then praised Toronto as one of the first marketplaces to embrace their music. He mentioned that they were so taken aback by their Canadian popularity that they decided to film one of their music videos in the city (“The Reflex”) at Maple Leaf Gardens.

The show was peppered with stunning visuals and lots of interaction between the band members as they performed. While there can be no erasing the four decades that have passed by since they broke onto the airwaves, Simon Le Bon, Roger Taylor, John Taylor, and Nick Rhodes still look amazing. Sure there are a few cracks in the veneer, but everyone in the audience should be so lucky to look as good as any of these chaps at their age. Duran Duran rounded out their performance with guitarist Dominic Brown (with them for over a decade now), Simon Willescroft (saxophonist), Rachael O’Connor, and Anna Ross (harmonies and backup vocals). Le Bon dedicated “Ordinary World” to the people of Ukraine, asking for fans to send their energy to the people six months into a war they didn’t ask for.

A lot has changed over four decades; Duran Duran stormed the planet on the strength of their incredible music videos, dominating MTV (and eventually Much Music) for years with their material. They’ve come back from a breakup, pushed past the grunge movement, weathered the Napster era, and later worked with younger talent like Mark Ronson and Graham Coxon – forging new songs that hold a candle to the more popular trends within the music industry.

Ironically, the band decided to drop “Hold Back the Rain” from their setlist this evening. A small sacrifice, given how close the evening came to being cancelled altogether. This evening, while wet, was also an evening filled with rapture. There were so many smiling faces singing along with Duran Duran that one couldn’t help but join in.

This Duran Duran performance was promoted by Live Nation Ontario.

The Wild Boys
Hungry Like the Wolf
INVISIBLE
ANNIVERSARY
Notorious
A View to a Kill
Come Undone
GIVE IT ALL UP
Friends of Mine
Careless Memories
Ordinary World (Dedicated to the people of Ukraine)
TONIGHT UNITED
Planet Earth
The Reflex
White Lines (Don’t Don’t Do It)(Grandmaster Melle Mel cover)
Girls on Film / Acceptable in the 80’s
Encore:
Save a Prayer
Rio 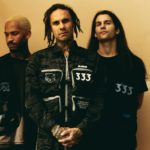 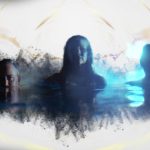