Arizona-based group Don’t Panic, over together now for a decade, just debuted their new album 42 as well as their music video for the single “Conquer Divide.” The new album comes when, after a brief hiatus, the group hit the studio to write/record new music, much of which is found in their new offering.

The band comments on the music, stating:

“We’ve been intensely focused on bending our creativity, exploring new sounds, and uncharted ideas for 42. This album is a segue between The Sleepy EP and an evolved, more ‘experimental,’ early Don’t Panic. We’ve done our best over the years to not adhere to any one genre and allow ourselves to just be creative, this album captures that sentiment perfectly. From beginning to end, there is an entirely different mood for each song, sort of like us as humans, a ‘hot pink emotional rollercoaster, with lasers and a disco ball.’” 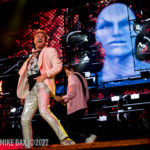 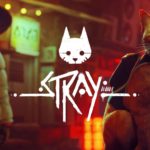