After a few years of not much touring, Spoon is back on the road, supporting their excellent new album Lucifer on the Sofa. It felt odd getting Spoon in London before a Toronto live date, but with Spoon on the Metric tour, which touches down in Toronto in August, London Music Hall got to host the band’s first local show featuring some new material.

Opening the show this evening was New York’s five-piece act Bodega. Their double-drummer take on modern pop-punk material reminded me of some of the better noise bands from years gone by (i.e., Pixies and Gang Of Four). They were lots of fun live, and by three songs in, most of the audience were tapping their feet to the songs from their most recent album, Broken Equipment. Britt Daniel popped out in front of the stage for a minute to watch them perform as they were wrapping up their set. Singer (and cymbal/cowbell striker) Nikki Belfiglio mentioned Britt’s bike being stolen a few songs into their set. She also called attention to their new drummer, this evening’s London show being his first live performance with the band.

Forty-five minutes later, Britt Daniel, Jim Eno, Alex Fischel, Gerardo Larios, and Ben Trokan commiserated at the side of the London Music Hall stage for a few minutes before the house lights were dimmed and they took the darkened stage and launched into “Held,” the intro song to Lucifer on the Sofa. Pulsing lights slowly brightened as the song progressed, revealing the band in full by the number’s ending notes.

A good portion of this evening’s main set featured material from Lucifer on the Sofa. The best part was how many fans sang along, a true testament to the album’s strength. Fan favourites like “I Turn My Camera On” and “The Underdog” got rapturous applause. I filmed a little snippet of “The Underdog” to show my 8-year-old son the following morning. He marvelled that actual real people were performing “that song from Spiderman!”

For an encore, the band dropped four wonderful tracks before calling the evening quits, packing up, and getting on their way to their next stop on their current routing. The upcoming Metric show at Budweiser Stage, Toronto, on August 26th also features Interpol on the line-up. If you missed this show, get your butts into Toronto to see them next month!

Spoon: Lucifer on the Sofa live is promoted by Live Nation Ontario.

Held
The Devil & Mister Jones
Small Stakes
Don’t You Evah
Wild
My Mathematical Mind
Do I Have to Talk You Into It
The Underdog
My Babe
I Summon You
The Hardest Cut
Lucifer on the Sofa
Don’t Make Me a Target
Inside Out
I Turn My Camera On
Got Nuffin
Encore:
The Beast and Dragon, Adored
The Mystery Zone
Do You
The Way We Get By 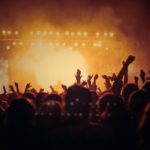 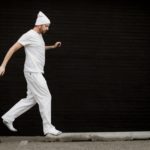