Musical inspiration can come from some pretty far out and often unpredictable places. Ultimately, it comes down to what “moves” you, and what moves Rebecca Pidgeon is yoga. Pidgeon is an enormously successful and multi-talented singer, songwriter, artist, and actress, ready to release her new studio record Parts of Speech Pieces of Sound, on September 24th via Toy Canteen Records.

While we wait for that date to arrive, we have a brand new music video to enjoy, for the album track “Silent Sound,” a sensuous, loving song that fully puts on display Pidgeon’s impressive vocal range. Parts of Speech Pieces of Sound is a special release for the singer-songwriter, as it marks her tenth proper full-length record or original material, a remarkable feat considering her busy career. As an actress, Pidgeon has appeared in hugely successful films and television shows, such as State and Main (2000), Heist (2001), a la Red (2010), and Netflix’s smash hit Bird Box (2018).

“In this video we are trying to tell the story of the song ‘Silent Sound.’ A young girl is praying, but with the letters of the alphabet because she doesn’t know any formal prayers. She is offering the sounds of the letters to God to create the prayer for her. This is an analogy for the practice of using sounds of mantras for meditation in yoga. The video was directed by Benno Nelson, shot by David Bradley, and the young actress is Kena Brewer.”

As Pidgeon alludes to, much of this album is a result of her undying devotion to yoga, not just as a pastime but as a way of life. She has been devoted to yoga for most of her life, but it wasn’t until the COVID lockdowns that she had the chance to entrench herself in it as a lifestyle completely. She began to research and learn online from the world-renowned yogic scholar Sri Prashant Iyengar, and she participated in remote classes from Mumbai, which led her down new paths of exploration.

Parts of Speech Pieces of Sound rose from these learnings, with the songs really tapping into the circle of communication between mind, body, and spirit. Each track was written in the order in which it will appear on the album, and as a whole, the album emphasizes the link she has created between her art and her exploration into the science behind yoga practice.

It’s been a glorious experience and one that has taught Pidgeon a lot about herself, so much so that the album is, in her opinion, the best way to get to know her. It’s a special release and one that really affirms her strength, versatility, and her extraordinary creativity as an artist. 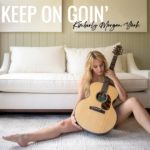 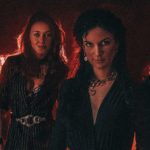