Yorkshire-based post-punk group Percy debuts their new single “ICU” off their album, Monorail, which dropped on June 25th via Ten Foot Records. “ICU” is due on July 22nd and will soon be accompanied by an animated music video. Monorail follows the band’s April 2020 release, Seaside Donkeys.

The band comments on the song, stating:

“Imagine a backstage jam with Sleaford mods and Iggy Pop and the Stooges catered by Fray Bentos and the Yorkshire Tea Company.”

“This is England, angry and exhausting but with the consolation of a giant pie with gravy to make it all better.” 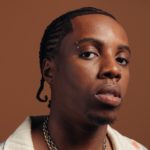 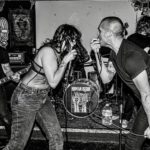