Omri Ash shares stories of the world through his eyes with his new six-track EP, Testifying Desire, released on July 21st. The genre-melding EP spans from ’80s rhythms and synths to modern trap drums and anthem rock while lyrically covering topics from his own life, including divorce, growing up in the middle east, being a prodigy, burning out and turning to drugs, his service in the military, falling in and out of love, and so much more.

Throughout the years, Ash has developed an eye for storytelling on all mediums but particularly found a connection with filmmaking, which inspired Testifying Desire to be created like a familiar tale. The first track, “I Am Too,” a jazzy pop song with notes of electro swing, broaches the subject of our place in this world and getting ready for travel. “Climbing on a Mountain” moves to happily travelling into the abyss for the sake of discovery with its feel-good soft rock sound. “Sunshine” talks about temporary success, “Healing Tan Marks” journeys through processing the past and moving on with an ambient soundscape, and “Testifying Desire” looks to the future and calls for hope in a uniquely alternative style finish to the EP. Arguably the most emotional song on the EP is “Wall Guard” – a real story of war at sea from his time in the Israeli Navy.

Omri Ash is a 22-year-old artist based in Israel whose studies of film while working on TV sets, music videos, and in editing rooms have influenced his musical creations. At 18, he enrolled in the Israeli Navy as a Military photographer and editor for the Navy’s spokesperson unit. After being released from service, he started working on this dream; to make storytelling genre-melding music for the world to hear using his unique set of skills, and unique background story, to inspire his creations. 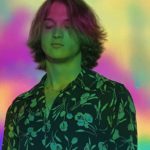 “Around the Sun” is GALASO’s Perfect Summer Anthem 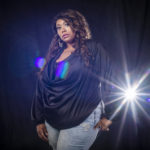 Analisa Carter Evokes Fiery Passion on “Loved By You”