Modern Temple’s newest track is a mood-boosting, genre-bending and fitting demonstration of the duo’s capability as artists. “Unstoppable,” out July 8, takes listeners on a journey of sonic styles and inspiration. Keeping light on their feet, the production of the track shifts quickly yet organically. While the husband and wife duo has been known to create alt-pop, “Unstoppable” ventures out of the norm and encompasses so much more. From a quick-witted, Twenty One Pilots-esque rap verse on the virtues of perspective, to a pop chorus, a Latin feature in the bridge and horns to round it all out, “Unstoppable” clearly doesn’t stop.

Originally written in Dustin Moreau’s home studio, the lead vocalist explains that once he stepped back from the project, he “realized it needed so much more.” Enlisting the help of Latin artist and producer Imprenta Fragante, the track was instantly “elevated to a whole new level.” In this way, “Unstoppable” has the ability to traverse sonically and lyrically between the American and Latin-pop world. On the track, Imprenta Fragante reminds listeners with a Spanish-English twist to give it their all and live for the adventure of the moment, remembering that it will all turn out just fine.

Written as a way to “push through the negative thoughts” that creep in when faced with the seemingly insurmountable task of achieving a life-long dream, Ellie Moreau says the song is “for you just as much as it is for us.” “Unstoppable” is for “those who have a dream in their heart of hearts,” adding, “we want you to know that it’s possible.” This uplifting sentiment is echoed in the chorus as Ellie sings “I have a dream that you placed inside of me, I choose to believe that it’s possible. And when you will fight for me, I choose to believe you’re unstoppable.”

As an effective reminder and encouraging song, it’s evident how genuine the three artists are in their candid efforts to produce great work. In this way, “Unstoppable” is an authentic invitation to dream, without the constraint of prospective disappointment. The track is also the first single off of Modern Temple’s self-titled album that will come out in the coming year. “Remember that when you enter into the trials and low moments of the journey,” Dustin says, “you are only in a scene of a much bigger motion picture.” 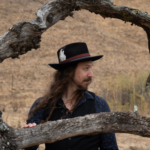 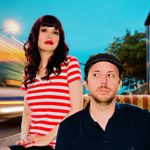