Depending on our attitude and what we make of them, sometimes the worst events create the ideal circumstances. So much of that is based on our approach to said bad event, and you couldn’t have had a better approach than Luke Trimble did when all his music gear and demo tapes were taken when his home was burglarized.

Despite the lowest of lows, Trimble has returned with an impressive new music output, with the new Charlie Reed record Eddy. One afternoon when he got home, he found his house to be looted, and all of the tapes for a new band he was working on called Charlie Reed were gone. Rather than dwell on what could not be changed, he decided to start over, which turned him into more of a collaborative musician, and the magical result is Eddy, due out on July 21st via Earth Libraries.

Discussing the album and its inspirations, Trimble tells us:

“I didn’t sit down with any particular theme in mind, but rather, I wrote the songs intuitively based on what I was feeling and experiencing over several years. But after putting the album together, I saw big themes of love, loss, and fear, all with this underlying anxiety that I feel all the time. I guess I’m trying to tell the story of what that’s like. The album title, Eddy, summarizes this feeling; getting stuck in cyclical thoughts and habits, but still participating and being an element in the vast ocean of life.

“I didn’t sit down with any particular theme in mind, but rather, I want it to feel somewhat classic or familiar but refreshing. I think the melodies are smart and will get stuck in your head but in a more melancholy way. I want it to feel honest and believable.”

Regarding his collaborative efforts and the songwriting process, he adds:

“The album was produced by a number of people. I had a lot of vision for the album and gave general guidance, but allowed people a lot of freedom. We tracked the rhythm section first, bass, drums and acoustic guitar with Andrew Humphrey. Then we pieced everything together. Some at my home and some in the studio, like strings and pedal steele.”

Trimble’s open-mindedness towards being more collaborative really helped make this album a reality. For years, he had gone to great lengths to define himself as a solo artist who did it all. But when the burglary occurred, he decided he would have to ask for help from his musician friends and ask them to contribute and collaborate. The reality of losing his belongings turned into a metaphor for starting over, which helped motivate him to make these songs as epic and memorable as they possibly could be.

The group is called Charlie Reed in an effort to differentiate it from a solo project and emphasize that it is a full-fledged band, not just a Luke Trimble solo project. The spotlight can be on “Charlie” rather than Luke or any one member. It was the right decision for Trimble when all his stuff was taken, and it’s proven to be something of a blessing in disguise.

Now with this new record and the group really finding their footing, Charlie Reed is ready to climb to new heights of creative and commercial success. 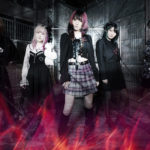