Towards the end of a long bout of alcohol and drug addiction brought on by the sudden death of his father, Ashton York has written his most vulnerable record yet – a distinctly wistful track, “Awful Time” (out July 15), that expresses deep sorrow both lyrically and sonically as he documents the consequences of a selfish lifestyle filled with self-harm, co-dependent relationships, and tremendous grief and sadness.

York, a Bay Area singer-songwriter, explains that the song “was written at one of the lowest points in my adult life in which the self-pity and self-loathing I was living in took away from my ability to be there for others.” With brilliant candour and vulnerability, York bears it all, even in his most broken and beaten down state. The first verse of the song finds the indie vocalist lost as he sings with palpable poignance, “I’m scared and insecure. I tried to write a song, but the words came out all wrong.” While listeners never find out the specifics of where exactly it was that York went wrong, the sentiment he’s expressing is felt deeply and immediately.

York shares that “Awful Time” was a method for him to “express the remorse, regret and shame [he] was dealing with at the time, while acknowledging the pain I had caused some folks I loved dearly.” That genuine tone of acknowledgment and sincere contrite is both captivating and relatable. In the chorus, he sings, “I’m betting you were having an awful time when I let you down,” while in the bridge, he adds, “I’m betting you were having an awful time when I lost my faith.” This idea is magnified by the help of Kyle Crane (drums), Abby Gundersen (strings) and Greg Francis (producer). Through skillfully muted production and clever lyricism, York matches the melancholic ambiance of artists such as Adrienne Lenker or Sufjan Stevens, and stands up to par.

In Sept 2021, with the help of close friends and family, York sobered up and resumed production on his upcoming full-length record, Nightmare In Your Arms….“Awful Time” is the second single released ahead of this highly anticipated upcoming full-length album, slated to release this fall. 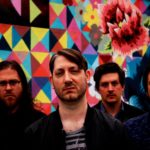 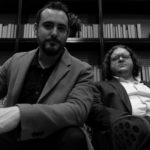