Belgian experimental collective Under the Reefs Orchestra returns with a brand new release, “ANTS,” lifted from the band’s forthcoming sophomore album due on September 16th through Capitane Records.

The group, a volcanic power trio whose sound navigates between hypnotic post-rock and stormy jazz, explores genre-bending space rock oddity, peppered with jazz and kraut rock influences with “ANTS” once again placing the band firmly at the forefront of the alternative rock scene.

Speaking about the single, the band says:

“‘ANTS’ follows our first single ‘Sakurajima’ (whose name comes from the famous Japanese volcano), this new track is equally eruptive, but with perhaps even more shimmering sonic colours. It is a dialogue with the saxophone of Marti Melia and alternates between hot and cold moments, between sultry swells and feverish accents. The music sounds like the orchestration of a great climactic event as if both musicians on the Titanic and the drowning passengers were all making music in concert.”

The stunning performance video was filmed as part of a live session shot on a rooftop in Brussels just a few days ago. Under The Reefs Orchestra perform “ANTS” along with another title-to-be released track, “Heliodrome.” As this video highlights, the session, directed by Kevin Antoine and François Dubois and served by beautiful light, shows all the power of the performance of this extraordinary group. 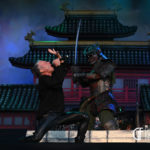 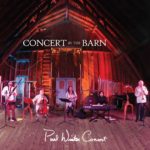