It’s not exactly standup comedy, but we got some funny audio for you to listen to today. It’s a glorious day for Strange Lot, as they debut their new music video for “Funny Sounds,” set to be included on their brand new studio album of the same name, which will be coming your way in September.

The music video brings with it a certain sense of sentimentality as you get to know a more personal side of the band, with most of the clip consisting of personal moments and behind-the-scenes interactions. The home movie look and feel of the video speak to the attitude and approach of these Phoenix psych rockers. They love music and the camaraderie of being together in a group, but no one is getting lost in the mania or frenzy of rock n’ roll or being in a band.

Explaining the context behind the clip for “Funny Sounds,” Dominic Mena tells us:

“I filmed the video on an old Panasonic VHS recorder since the format lends to the overall dreamy vibe and theme of nostalgia the tune has. Footage was shot over the period of a month and shows the band working on the record at my home studio in Texas. The idea was to give a glimpse into who we are and share a ‘behind the scenes’ of how we work in our natural environment.”

Now eight years into their existence, Strange Lot have done well in etching out their little space within the Phoenix, Arizona music scene. They have defined themselves as one of the locale’s best indie and psych rock outfits, garnering praise from local press for their broad, eclectic sound. As a preview of what to expect, Funny Sounds will be a further exploration of the band’s sonic identity, bridging the gap between experimental psych rock and modern indie grooves. To really capture that psychedelic vibe, Mena recorded the songs for the album on an Otari 8 track tape machine, balking at the conveniences and attractive features of modern digital equipment. It will prove to be a worthwhile strategy, particularly for listeners looking for a bit of an evocative, old school listening experience. 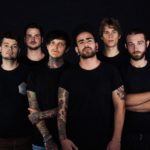 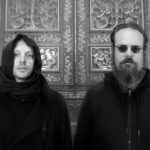