The Original Recordings serves as an accompaniment to the new mini-series Pistol, about the genesis and eventual implosion of the Sex Pistols and directed by Danny Boyle. The 20-track compilation features their hits from their seminal 1977 album, Never Mind The Bollocks, interspersed with B-sides and rarities from The Great Rock n’ Roll Swindle mockumentary in which they were featured.

While the sequencing of the tracks makes sense for the kind of hallmark collection this is intended to be, the remastered versions of the songs have flattened out the snarls and lows of the various tracks, giving a smooth veneer to what used to be one of the most angular and jarring series of recordings. They sound more like a Strokes album than Sex Pistols which, if we were being as charitable as possible in our interpretation, speaks to the cyclical nature of music and the influential nature of the band. Even the most historically lo-fi track, “I Wanna Be Me,” now sounds like it could be a Ty Segall tune. A less favourable interpretation, on the other hand, might be an accommodation for a new generation of listeners who are perceived as more dainty and requiring more production.

That said, this is a convincing and compelling record of the band’s range, viciousness (excuse the phrase), and irreverence. The sequencing of the tracks, as stated above, is particularly interesting, marking ups and downs in a heartbeat of peaks and troughs of sophistication. Starting things off with “Pretty Vacant” seems a suitable way to kick off proceedings, providing a useful insight into the lens through which the band would regard the rest of their contemporaries and society in general.

All told, the record is a polished collection, and for better or worse, this allows the listener to listen to it on an even keel with the rest of the musical offerings in the wider landscape today. Whether that’s a rotten (again, excuse the phrase) thing to do, I’ll leave to the aging punks. 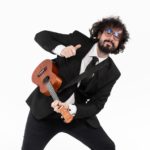 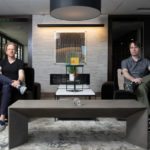