It’s not often that rock royalty comes to town. When one of two surviving members of The Beatles begins their brand new tour, it’s a must-see show. Ringo Starr, accompanied by his All-Starr Band, has called Casino Rama home in the week prior to starting a new tour for the past five tours. As Starr commented at the band’s press conference the day before the show, they like Casino Rama’s setup, where the stage can be left fully rigged for the whole week before the tour starts, for full-out rehearsals of the new show. And they can reside upstairs in the hotel with convenient close proximity to the stage. The press conference was held on stage with the Starr and the full band seated and taking questions live from the reporters in the room as well as via zoom worldwide. Asked about touring into their golden years, Starr answered that he’s a musician, he loves to play, he doesn’t have to retire. As long as he can pick up those sticks, he’s got a gig. After over 60 years, he still delivers the goods onstage.

His All Starr Band is truly just that. They are certified stars in their respective bands with decades of chart-topping hits under their belts. Steve Lukather, one of Toto’s founding members on guitar and vocals, multi-instrumentalist-singer Edgar Winter from The Edgar Winter Group, singer-percussionist-sax player Warren Ham from the bands Kansas and Toto, singer-bassist Hamish Stuart from Average White Band, singer-guitarist Colin Hay from Men at Work, and journeyman jazz-rock drummer Gregg Bissonette each handled the pieces of their past with energy and expertise.

While this is Ringo Starr’s gig, the setlist is also a fun romp through the entire band members’ catalogues.

Starr began the show on vocals with Carl Perkins’ Matchbox, his solo classic “It Don’t Come Easy” before hitting us with the first Beatles track of the night, “What Goes On.” The first All Starr Band member hit of the night was Edgar Winter Group’s “Free Ride” with Winter on lead vocals and his enormous full-size keyboard strapped on low around his neck. This was also the first time Starr boarded the kit for dual drumming duties with Gregg Bissonette. Watching both drummers, each with their own unique styles, playing in perfect unison was a treat for sure. And watching the timekeeper from the Beatles do what he so masterfully has done all our lives just never gets old.

Steve Lukather’s first of three Toto tracks throughout the set was their hit “Rosanna.” We were only five songs into the set and already the sheer talent on stage was shining bright. “Hold the Line” and “Africa” were up later on.

Hamish Stuart from Average White Band was up next with “Pick Up The Pieces,” with “Cut the Cake” and The Isley Brothers cover of “Work To Do” coming up. Colin Hay from Men At Work kicked off his band’s classics with “Down Under.” The superb flute work from Warren Ham was on point. Keyboards can do it, but the real thing is so much better. “Overkill” and “Who Can it Be Now” came along later.

Starr on the kit and lead vocals for The Shirelles cover of “Boys” was a stand-out, with his relaxed but powerful presence. “Yellow Submarine” had Starr on lead vocals and also leading the dancing fans in a sing-a-long. Starr then took a break and let the All Starr’s take over the stage with Edgar Winter’s magnum opus instrumental “Frankenstein.” It was 12 minutes of pure musical power. Winter alternated between wearing his keyboard, and his saxophone, and playing his drum kit along with Bissonette. Add to that the duelling sax parts with Warren Ham and it was the ultimate ’70s vibe. Right in the middle, we had Bissonette with a spirited drum solo which featured many instantly recognizable drum hooks from songs like The Beatles’ “Come Together,” “YYZ” from Neal Peart and Rush, “Walk This Way” from Aerosmith, “Ticket to Ride” from the Beatles, “We’re An American Band” by Grand Funk Railroad, “Honky Tonk Woman” by the late Charlie Watts and The Rolling Stones before heading back to finish up “Frankenstein.”

The Beatles’ “Octopus Garden” was a live debut for the band at this show. Ending the set was The Beatles’ anthem, “With A Little Help From My Friends.” With an added few choruses of “Give Peace A Chance.” And then Starr ending the show by telling the crowd “I love you, Peace and Love” with his customary two-finger peace signs held high. Ringo Starr shows aren’t just Ringo Starr shows. With all the superstar musicianship on stage, you come away feeling like you got a few concerts all rolled up into one fantastic two-hour set with a look back to great times in the past. It’s the ultimate feel-good show. Catch them on this tour if you can.

Ringo Starr and His All Starr Band Setlist: 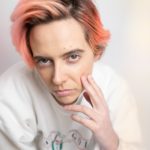