Welcome to the sonic adventures of Trevor O’Neill. We hope you came prepared because he’s about to take you places even he has never before been. Under his solo moniker Possible Oceans, O’Neill is pleased to debut his brand new music video for “Throw The Knife (Again),” the first single from his new full-length album Death by Misadventure, due out on July 29th.

This is the first new musical journey for Possible Oceans since 2018 when the Phase Change EP was released. For O’Neill, “Throw The Knife (Again)” is a deep dive into new musical territory, with this new single revealing something of a new sound, with electronics and synths being used in a much larger quantity. It’s quite the departure from O’Neill’s previous reliance on more of a traditional guitar-driven sound.

“Throw The Knife (Again)” is a reworked version of an older song that O’Neill had written. The idea for the song came from seeing an old video of an act where a blindfolded man was throwing knives at children tied to a spinning wheel. The act became a metaphor for O’Neill for the way people in power globally will blindly act in whatever fashion they seem fit, or in whichever way benefits them without consideration of how the potential consequences of these acts affect others.

Expounding on this idea and how it relates to the music video, O’Neill tells us:

“This video explores the way in which people in power often manipulate the public to act against our own interests, and that’s often done through a barrage of horrific and frequently misleading media that we’re all addicted to despite the toll it takes on us as individuals and as a society. Ironically, making this video required me to comb through thousands of disturbing images to construct the collage being shown on the television screen, and I found myself feeling worse and worse as I did it. It’s really shocking what’s floating around on the internet, and the way I felt making this music video kind of proved my point.”

Like so many other musicians, the pandemic opened up a peaceful opportunity for O’Neill to take his time writing a record, by himself, in his home studio, a great departure from his usual band-driven approach. His album co-producer Jules de Gasperis encouraged him to indulge more in electronics, and also write music more with an approach more common to how film scorers score a film.

Death by Misadventure has been four years in the making, with O’Neill taking an honest approach to the songwriting, unafraid of discussing the darker side of life, and the more daunting things that we encounter. With this record, he’s acknowledging that it’s ok to struggle, it’s ok to not have it all together, and it’s ok to have difficult conversations. O’Neill has poured his heart into this album, and with it, he hopes that he can help, in his own way, make those conversations just maybe a little bit more normal. 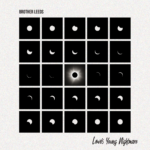 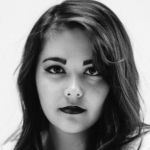