This season’s most anticipated rock tour with co-headliners Nothing More and Asking Alexandria made its way to Chicago’s historic Riviera Theatre on Friday, June 3rd. Of the four bands on the tour, only three would perform, as the UK’s Asking Alexandria had to exit the tour due to lead singer Danny Worsnop’s mandated vocal rest after a persistent throat infection.

Detroit-based and female-fronted rock band Eva Under Fire opened the night with two new songs off their most recent EP Blow – “Comatose” and “Blow” – before following up with their 2020 single “Heroin(e).” The band is made up of front-woman Eva Marie, guitarists Chris Slapnik and Rob Lyberg, bassist Ed Joseph, and drummer Corey Newsom. Inspired by numerous genres, the band’s hybrid of rock, metal, and pop showed through as they performed “The Strong” and “I Will Fight” from their 2018 EP Heavy On The Heart before treating fans to their unreleased track “Coming for Blood.” Eva Under Fire closed their set with a heavy rock cover of Journey’s “Separate Ways (Worlds Apart)” and their 2015 dance-inspired track “Until Forever.”

The night of Rock continued as Atreyu from Orange County, CA, carried on the trend of rock music that cannot be defined by one sub-genre. Originally a metalcore band, Atreyu, in recent years, has defied that label, and that is exactly what their setlist proved as it was made up of songs from throughout their decades as a band. Atreyu opened with “Strange Powers of Prophecy” and “Baptize” from their most recent album Baptize, released in 2021.

The songs gave guitarists Dan Jacobs and Travis Miguel moments to shine and shred. Clean vocalist Brandon Saller commanded the stage as the band performed 2007’s “Becoming the Bull,” with Kyle Rosa killing it on percussion. During their next song, “Right Side of the Bed,” from 2004, Saller abruptly left the stage but was quickly spotted making his way through the crowd to the bar in the back of the venue, where he got himself a whiskey to savor as he headed back towards the stage; all the while never missing a lyric and simultaneously taking selfies with fans.

Atreyu’s set continued with 2018’s “The Time Is Now,” 2006’s “Ex’s And Oh’s,” 2021’s “Save Us,” and 2007’s “Falling Down.” Many songs featured bassist and unclean vocalist Marc “Porter” McKnight, but the next song, “Battle Drums,” was where McKnight had his chance to really shine. He shone once again on Atreyu’s hit (and my favorite track) “Warrior” before the band ended their set with a song all the way from 2007 – “Blow.”

San Antonio, TX progressive-rock band Nothing More opened their set with their new single “TURN IT UP LIKE (Stand In The Fire)” as frontman Jonny Hawkins belted the lyrics, and fans screamed along; before running to the band’s famous metal contraption named “The Scorpion Tail” at the back of the stage. This 400-pound, 14-foot-tall machine built from scrap metal allowed Hawkins to catapult himself into the air as he controlled a series of levers while playing the attached drums. A bit like a mad scientist, Hawkins has frantic unstoppable energy that quickly spreads to his fellow members: guitarist Mark Vollelunga, bassist Daniel Oliver, and drummer Ben Anderson.

The band’s setlist was comprised of tracks from their 2nd and 3rd albums: the 2014 self-titled Nothing More and 2017’s The Stories We Tell Ourselves. As soon as the band began to play their second song, “Let ’Em Burn” from The Stories We Tell Ourselves, the crowd took the opportunity to start a circle-pit. Continuing with “Christ Copyright” and “Mr. MTV,” followed by “Do You Really Want It” and “Tunnels,” the band proved why they are Grammy-nominated.

Several times throughout their set, Hawkins made his way towards the crowd to fist-bump his fans while simultaneously balancing on the barricade. The band’s energy never slowed as they moved into 2014’s “Jenny” and “I’ll Be OK” before playing 2017’s “Don’t Stop” and “Go To War.” The band’s set was coming to a close, but their enthusiasm was only ramping up as they performed their newest release, “TIRED OF WINNING,” before playing the heartfelt (but no less slow) “Fade In / Fade Out” from TSWTO. Nothing More closed their set and the night’s concert with “This Is The Time (Ballast),” which concluded with Vollelunga and Oliver fervently beating their own drums while Hawkins once again donned his Scorpion Tail. The band ended the night with a wave of gratitude to their fans for their support. 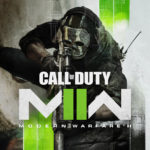 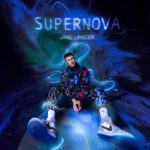