It’s the time of the season to let freedom reign supreme. With summer comes opportunity, and with opportunity comes liberation. We’re fortunate enough to have songs like Niina Soleil’s latest single, “Make It Summer,” to remind us of such things.

Coming at the perfect time of the year, Soleil emerges today with the song’s accompanying music video, a carefree celebration of summer, complete with a wondrous oceanside drive with a beautiful setting sun. The video was conceptualized by Soleil herself, along with Brazilian director Carla Dauden, showing Soleil as a passenger in a driverless Mustang and then as a figurehead on the mast of the car’s hood.

To further describe the song and music video, Soleil shares with us:

“‘Make it Summer’ is ultimately about escape. Maybe your escape takes the form of a car, or a weekend getaway; maybe it’s a vivid daydream, or fantasy. But my song celebrates all summer escapes, the spirit of adventure, the impulse to break free from whatever holds you back. Working with Carla Dauden was an absolute dream. She was able to bring out performances and choreograph shots to make a video that perfectly captures the soul of my song: the dreamy, exhilarating feeling of freedom that summer brings.”

The Mustang used in the video isn’t just some rented prop meant to bring some style and class to the clip; it’s a priceless family heirloom. The car was Soleil’s father’s that he used to drive to the high school prom, gifted to him by his father. There was a very specific intention behind having the Mustang as her only real “co-star” within the video. With her grandfather having recently passed away, the car is particularly significant to her and represents a method of acknowledging and honouring his memory.

“Make It Summer” builds perfectly off the momentum generated by the recent release of Soleil’s first single, “Lonely in Love.” Inspired by the spirit and the soul of some of the great California sunshine singers like Linda Rondstadt and Jack Johnson, Soleil writes music that feels new, real, and refreshing. She demonstrates a very impressive grasp of pop sensibilities and feel-good vibes, you know, the ones that can warm your heart. It’s time to get that summer playlist sorted and make Niina Soleil a focal point of it. 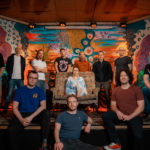 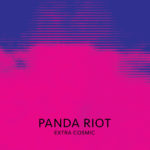