Not even a month after Bowling for Soup concluded their “Crowd Surfing the UK Tour” at London’s Brixton Academy (live review here), frontman Jaret Reddick and bassist Rob Felicetti took to the road once again on May 22nd, to kick off their acoustic sing-a-long tour starting in Bristol before concluding at Oxford Street’s very intimate 100 Club. Along for the ride was Nottingham’s very own Lacey, and turning the event into a family affair, (Rob) Felicetti’s brother, Ted Felicetti of Don’t Panic. If you have ever attended a Bowling for Soup show, you will know the music is loud, the crowd is rambunctious, and the jokes and banter are non-stop! What makes these sing-a-long shows stand apart is the more personal interaction with the fans.

I’ll confess right from the offset, I failed to take my usual approach for reviewing a show. On any normal occasion, my fellow attendees would be forgiven for thinking I was not paying attention to the music and antics of the band as my noise would be berried in my phone taking notes ensuring I recorded the best moments for when I put pen to paper. I cannot give a reason specifically why, but this time I found myself relaxing and just enjoying the show. Still, I can confirm that it was a fun-filled night and the close proximity to Reddick and Felicetti added to the night’s immersive atmosphere.

Playing to the backdrop of framed pictures of Reddick and Felicetti, they opened with “My Hometown,” followed by “Two Seater” and “Belgium.” This three-track section acted almost like an intro to the evening. By the time “Trucker Hat” began, the gig had well and truly become a sing-a-long event with the audience almost drowning out the duo, not in a bad way, of course, as this was the very essence of the show’s aim. Following “Ohio (Come Back to Texas)” and some jokes between the audience and stage about football (not soccer), of all things, the first major highlight of the evening came with the Neil Diamond cover of “Sweet Caroline.” For any non-Brits, the link between the beautiful game and the song may seem a little tenuous, but during the recent Euros, the song became an unofficial anthem for England’s team.

There were few sombre moments, however, shortly before “Turbulence,” Reddick did confide in the fans that he, like so many, does struggle in his own way. This confession appeared to spark an unspoken understanding, at the very least I felt this! Of course, this only lasted as long as “Turbulence” before the more joyful nature of the show returned for the pair’s rendition of Fountains of Wayne’s “Stacy’s Mom.”

As previously highlighted, this show saw me, for the first time in a long time, relax and enjoy the experience, so some of the specifics such as jokes told and statements made I simply cannot recall, but the additions to the set such as covers of “Should I Stay or Should I Go” by The Clash, the ever popular Bowling for Soup rendition of SR-7’s “1985,” a mush up of “Freebird” and “Free Fallin’,” amongst the usual suspects of Bowling for Soup favourites, coupled with audience participation rarely experienced, made this a show to remember!

Jaret, Rob, forget Ohio and coming back to Texas, come back to London and do so again soon! 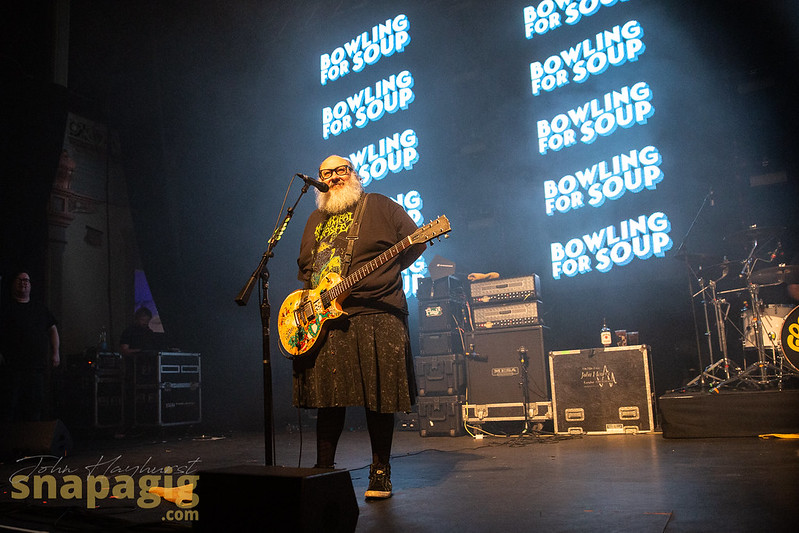 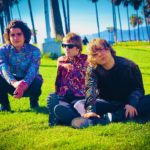 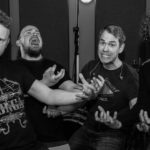