If ever there was a band custom-built to open a show for Alice Cooper, it would be Creeper. The horror-punk goths from Southampton have the perfect look and sound for the night and burst onto the stage with a point to prove.

The seated gig doesn’t really suit them with people reluctant to stand and cut loose, but it doesn’t stop the band. Even with a short set of only 25 minutes, they stake their claim and undoubtedly garner a lot of new fans tonight. They only get five songs to get things going but they’re all arena-pleasing bangers and frontman Will Gould has the crowd in the palm of his hands from the outset.

Next up, The Cult played a set of classics – that has cemented them as British icons over the last 4 decades – with “Sweet Soul Sister” and jukebox staple “She Sells Sanctuary” being obvious highlights. Ian Astbury doesn’t appear to be a fan of seated gigs, jibing at the crowd at every opportunity in a bid to make the show a bit livelier. It didn’t help that he came across as a bit confrontational about it but, by the end of the set, most of the crowd were on their feet.

Everyone in the room tonight knows exactly what to expect from an Alice Cooper show. Tons of over-the-top, theatrical macabre, amazing musicianship and a top hat full of great tunes that you simply can’t not sing to… and it did not disappoint in the slightest. As the curtain drops to reveal Alice Cooper’s Nightmare Castle set, the band launch into “Feed My Frankenstein” a stone-cold classic that gets things started with a bang and a giant Frankenstein puppet.

The hits just keep on rolling, one into the next with “No More Mr. Nice Guy,” “Bed of Nails” and “Hey Stoopid” following in rapid succession, and the theatrics never let up either. Honestly, there’s almost always too much happening on stage at any one time that it’s hard to know what to focus on at times. The guitar solo allows you to focus on the insanely talented Nita Strauss who is in her own right an absolute megastar before the ‘bloodied bride’ appears on stage with Alice chasing her around the castle set.

With “I’m Eighteen” (which could soon be sung as I’m 80!) sounding magnificent being followed by “Poison” and “Billion Dollar Babies” you know you’re witnessing an incredible show – albeit a very polished and choreographed one – except for one point when it looked like Alice almost took a spill off the edge of the stage before quickly catching himself. Choreographed to a tee or not it’s an hour and a half of pure escapism, and who doesn’t need a bit of that?

Closing with a majestic “School’s Out” this visit from Vincent Furnier and his amazing band comes to an end. As the ringmaster of rock, nobody embodies rock and roll or conducts vaudevillian shock theatrics as does Alice – he’s a legend for a reason – and for as long as he’s doing this there’ll be legions of fans both old and new leaving arenas with massive smiles on their faces. 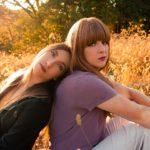 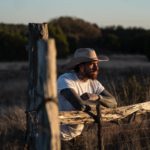