Fans of the Czech technical death metal band Neurotic Machinery will be stoked to hear that a new album, A Loathsome Abberation, is in the works and slated for a summer 2022 release via Bizarre Leprous Prod. The new recording is the first following 2020’s Nocturnal Misery which saw the band head away from post-metal territory towards death metal.

Per a recent press release, the new album, “…will be the first fully conceptual album the band will have released. The centerpiece of the whole are one’s personal demons, inhibitors or obstacles that stop them from becoming their true self. These ‘loathsome abberations’ are represented by various outside factors as well as inner ones, pressure we take for our own, or stereotypes we get trapped in, although we’d wish for a different path altogether. Everybody has experienced situations in their life that can be identified as such, and that’s why everybody can project their own stories and experience into the album’s lyrics.”

While a final release date is tbd, summer is confirmed and the band is going to have a release party at their very own summer festival Husman Fest, taking place in Tachov, CZ on July 16, 2022. Headlining this festival will be the US death metal legend, MASTER. 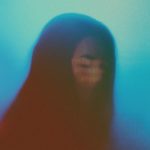 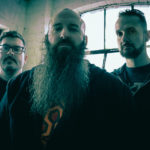