The two producers have to date created immersive music mixes for artists the likes of Jason Mraz, Faith No More, The B-52s, and Kid Rock, among others. The new immersive audio formats in question are already being adopted by Apple Music, Amazon and TIDAL.

“What we are experiencing is the most exciting music listening advancement in 3 generations. When Matt and I sat down to explore the possibilities of mixing for these new formats, our expectations were blown out of the water by the emotional impact and new detail it was possible to bring to already existing recordings.”

“Immersive Audio is the next generation in audio that takes the leap from Mono to Stereo to an exponentially more panoramic and cinematic listening experience. The ability to place instruments, voices, and ambience far beyond the Left/Right Stereo field opens up new ways to connect with the intentions of the artists and bands that, heretofore, were not possible.” 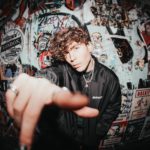 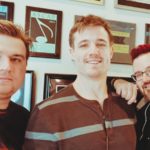