Anyone who has spent any time talking to Matt Heafy, vocalist for U.S. metal titans Trivium, will agree it is time spent with a man who knows his music, especially his heavy music. It should come as no surprise then that Rashomon, the first fruits of Ibaraki, a black metal idea that first manifested itself almost ten years ago, is an absolutely majestic piece of work.

Once you have got over the rather random guest list which includes extreme metal icons like Emperor frontman Ihsahn and Behemoth leader Nergal, alongside My Chemical Romance frontman Gerard Way, hearing Heafy talk about their influences on him as an artist and the music on this album, leaves you intrigued as to how Rashomon will pan out. Well, trust me when I say that, from the opening moments of the “Hakanaki Hitsuzen” to the final notes of “Kaizoku,” this album is utterly captivating.

A mouthwatering feast of progressive black metal, tracks like “Kagutsuchi” and “Komorebi” owe themselves as much to the more fierce moments of Emperor as they do to the progressive leanings of frontman Ihsahn’s solo material. Elsewhere, “Akumu,” where Heafy teams up with Behemoth frontman Nergal, is pure savagery with Heafy’s corrosive screams weaving seamlessly into the haunting howls offered up by the Behemoth leader. Going toe-to-toe alongside one of extreme metal’s more iconic characters takes some doing but it has to be said that, throughout this album, Heafy has shown himself to be no slouch when it comes to delivering barbaric vocals.

With Heafy’s own heritage woven intricately throughout the album, Rashomon is an album with so much depth. Afforded a top-quality production courtesy of the Emperor vocalist, every element of this album, from the ferocious guitars to the harsh vocals to the progressive elements, is given time and space to breathe creating a record that pulls you in as every twist and turn leaves you wondering what is around the next corner. Take for example the collaboration with My Chemical Romance vocalist Gerard Way on “Ronin.” Of course, it shouldn’t work but, unsurprisingly, this nine-minute progressive rock extravaganza is another of the many masterpieces littered throughout this record.

Throughout its duration, Rashomon proves itself to be as dramatic and thought-provoking as it does to be unrelentingly violent. At its heart, Rashomon is a ferocious black metal album but also one that, steeped in Heafy’s influences and own heritage, having been ten years in the making, has been well worth the wait. 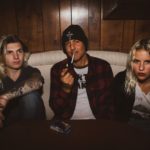 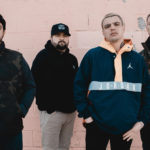