British metal giants, Bullet For My Valentine, have announced a 10-date UK headline tour for Feb/March 2023. Starting at the Cambridge Corn Exchange on February 27th, this new run of shows hits cities such as Liverpool, Glasgow and Swansea before finishing with an appearance at London’s Camden Roundhouse on March 11th, 2023.

Atreyu and Jinjer will join the bill across all shows.

Meanwhile, the band has released “Stitches” – a song previously only available in Japan, which will be part of a special deluxe version of BFMV’s current self-titled album, due for release on CD + digitally on August 5th, 2022 via Spinefarm/Search and Destroy. Featuring 5 additional tracks, a vinyl pressing will launch on November 11th, 2022. Pre-order your copy here. 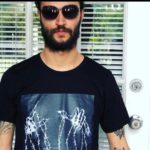 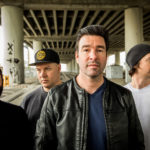