Following their acclaimed Hex and Hound EPs, Birmingham based alternative act Creature have announced the final chapter in the trilogy, Haunt.

The announcement comes with the release of the lead single “All” which you can check out below and on all the usual digital platforms. The politically-charged new single is packed with groove-laden metallic riffs and punk rock attitude and is accompanied by a disturbing and psychedelic video, which sees the band tackling inequality, war and the fragility of society as we know it.

Speaking on their latest single, vocalist/guitarist James Thompson comments: “The state of inequality in the world inspired me to write ‘All’. We were more than a decade into austerity in the UK at the time of my writing it, and yet the Government was still spending ridiculous sums on War and conflict. It’s taken something as serious as an ongoing pandemic for us to see how fragile a society we truly are.”

Thompson adds “I’m angry, but the message of the song is a positive one. We are all in this together. We all have value to add to this planet, we can prosper if we organise and help each other. This is very much how we see CREATURE as a band, it’s not about us and them with our fans – we are all part of the movement. This is an important ethic to us. There is no divide.”

It’s taken something as serious as an ongoing pandemic for us to see how fragile a society we truly are.

The EP is set for release on June 10th via Grey Ghost Records and is available for pre-order here. 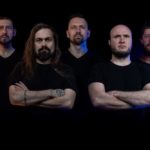 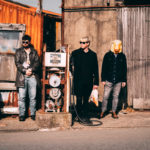