Family bands are not exactly a unique creation; they’ve been a staple of pop music since the 1950s. But we’re not sure any group has ever done what Bad Mary is doing. The New York-based quartet is composed of lead singer Amanda Mac, her husband Mike Staub on bass, her father Bill Mac as the drummer, and David Henderson on guitar, her former university professor. It all combines to create some pretty fantastic classic punk sounds, as you can hear on their new single “The Floor Is Lava.”

Today we’re premiering the song’s frenzied, feverish new music video, which has a real rebellious, house party look and feel. Picture what would happen in a 1980s teen comedy movie when mom and dad go away for the weekend; that’s what you get in this new video clip.

Explaining the inspiration for “The Floor Is Lava” Henderson states:

“The song was inspired by my freshman design class at Hofstra University. I split them into teams and have each team create a board game as their final project – we play the games on the last day of class. One team this year made The Floor is Lava board game. After that, the phrase was just knocking around in my head for a few months until one day the song popped out. The cool thing is, a few of the students from that class helped shoot the video and even make an appearance jumping on stuff. Doesn’t mean their grades will be any better though, still got final projects due this semester.”

There’s a real late-1970s, early-1980s punk rock feel to this band. It’s nostalgic, but not entirely derivative, with the band taking a tried, tested, and true formula and putting their own spin on it. There’s a huge fun factor in what they do, combined with a relentless desire to rock out, and have a good time while doing it.

They have been very active thus far in 2022, releasing Bad Mary Presents: Rock and Roll Classics: Vol. 6 in March. It’s a six-song EP that features the band’s own, one-of-a-kind take on some rock and punk rock classics. The album features reinterpretations of songs by Jefferson Airplane, Blondie, The Human League, and even Miley Cyrus. The songs span 40 years of popular music, and they illustrate Bad Mary’s versatile, adaptable approach to rock n’ roll.

They are working on another edition of Rock and Roll Classics, which will lead to the release of their new EP of original material, Trash and Glamour, this fall. It’s all a nice way to celebrate nearly a decade of Bad Mary and emphasize how the band’s creative juices are just starting to simmer. 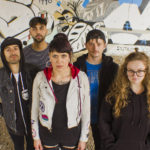 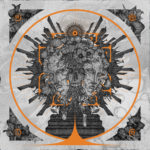