I must admit, when I first encountered the Swedish Luciferian black metal powerhouse that is Watain, I was not entirely convinced. The unhinged, all-cylinders-firing battery of Casus Luciferi (my initiation into their unholy rites) was too much for me… at first. It took some time to embrace the chaos and revel in the maelstrom of unholy passion that is Erik Danielsson’s personal testament to the dark lord.

2010’s Lawless Darkness was thus welcomed as an old friend, while 2013’s The Wild Hunt stands head and shoulders above all other Swedish black metal releases for me: better even than Marduk’s Serpent Sermon, Dark Funeral’s Secrets of the Black Arts or the genre-defining Storm of the Light’s Bane by Dissection, to name a few. As a result, Trident Wolf Eclipse had large shoes to fill in 2018 and, sadly, didn’t quite live up to my expectations.

But now, it’s four years later, we live in a post-pandemic world and it’s time to get to grips with the first release by Watain for the German institution in extreme metal distribution, Nuclear Blast: The Agony & Ecstasy of Watain. First impressions are very favourable – a riff-centred return to Lawless Darkness form (a very apt observation, considering “Funeral Winter” was originally conceived during the same period), but with additional care shown for melody, as per The Wild Hunt standards – gorgeously illustrated in the piano work on “Not Sun Nor Man Nor God.”

Subsequent listening reveals a more sombre side of Watain: while “atmosphere” has always been a side effect of the ritualistic approach and tightly-packed, layered sonic accretion, offerings like the unfortunately named “Black Cunt” border on the funereal in comparison with prior offerings – although the crystalline lead theme offsets this in shimmering tones… until the last quarter of the song, when hell’s hordes descend en masse, recalling the earlier driving, inexorable force of “The Howling”: the most ‘Watain’ track on The Agony & Ecstasy of Watain.

Despite living up to previous high standards, “The Howling” elevates the songwriting process and adds additional layers of complexity and melody.

“Before the Cataclysm” showcases this atmospheric face of Watain even further but also reveals a more progressive rock structure that feels more in keeping with contemporary Behemoth: arrangement takes a far more cinematic, elaborate turn, leading us on a narrative journey rather than the straightforward tsunami of demonic black metal we have come to expect, or that earlier offerings on the album like “Ecstasies in Night Infinite” or “Serimosa” have already delivered.

It is on “We Remain” that Watain really shines, though. Erik Danielsson’s visual arts background filters through with art direction on a gorgeously constructed video that absolutely complements the multifaceted, ambitious songwriting. Even the Cormac McCarthy quote that kicks off the video is a stirring and thought-provoking beginning to the darkest song Watain has ever released. Guest vocals by Farida Lemouchi (of occult doom/rock outfit The Devils Blood) lend the whole a gothic grandeur, and even the rasping whisper (rather than the usual feral growls) of Danielsson’s vocal is a shadowy, malevolent presence. Over and above being an excellent song, “We Remain” is also an intelligent demonstration of versatility that will gather a new breed of post-black fans and spread the long-running stalwarts’ satanic doctrine even further. Gottfrid Åhman (ex-In Solitude) adds yet another dimension to the music with guest guitar work.

“We Remain” is an incredible achievement by Watain and a milestone turning point in the band’s long career.

In all honesty, I had initial misgivings regarding Watain’s addition to the Nuclear Blast roster as I feared that “big label” pressure would soften their blow. On the contrary, the surgical production work that offers up a cleaner version of the band’s sound is a great addition, especially considering the record was recorded live – the first time the band has done so. So The Agony & Ecstasy of Watain may be a cleaner, more polished version of the band, but the intricate ritualistic corpsepaint, nail gauntlets, leather and fire are all still where they should be. This record may still not reach the lofty ideals The Wild Hunt holds for me, but it is by far the most accessible, most ambitious expression of mature, accomplished orthodox black metal Watain has crafted in nearly 25 years of activity. 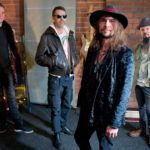 Track-by-Track: Xander and the Peace Pirates Outline Their Record ‘Order Out of Chaos’ 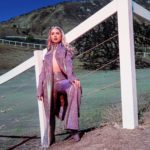