For a band that hasn’t even released their debut record yet, as a unit, Tiffany Twisted is already evolving quite a bit. Usually, it takes at least a couple of albums, but not for this punk outfit who have a few tricks up their collective sleeves, as evidenced by their new single “Not Afraid To Die.”

We helped unveil the band’s “Blind Faith” music video this past December, a more traditional high-energy, punk rock affair. By contrast, “Not Afraid To Die” marks the band’s first incorporation of electronic elements into their sound. This allowed for more creative freedom, opening up an opportunity to incorporate varying genres into their sonic output. You can hear a difference in the song’s vocals and riffs, but it’s more of an expansion than anything, not a full-fledged reinvention.

With more to say on “Not Afraid To Die,” the band offers:

“‘Not Afraid To Die’ is the first time we’ve incorporated electronic drum beats into the mix alongside our drummer Jack’s live drums, and so it combines a wider variety of our collective influences than any of our other songs. It actually began life with lead singer Hetti Harper writing a piano melody over a looped beat, which was unusual for us as we usually start a song acoustically. We consciously chose to reject the traditional rock song structures we were used to hearing, and instead wanted to close the song with an entirely new section which bounces between electronic rap elements and all-out heavy riffs. It marks an exciting new sonic direction for Tiffany Twisted.”

Led by frontwoman Hetti Harper and guitarist Adam Davies, Tiffany Twisted is now finishing up work on their full-length debut record, which will be formally announced soon. That album will be a conglomeration of all of the best parts of heavy rock, traditional hip hop, punk rock, and traditional rock n’ roll. The music of their youth really provides the backbone and the inspiration for the band, and it was vital in getting them started with the recording of their debut EP, which was tracked at the legendary Abbey Road Studios. That EP was also recorded in Dolby Atmos®, the most pristine sound format available, which includes new 3D sound technology.

Now it’s time for the next step forward for the band who are excitedly set to embark on the next phase of their evolution. 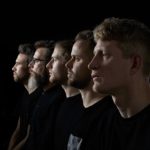 Lazy Habits Continue to Make “Waves” with Their Latest Single/Video 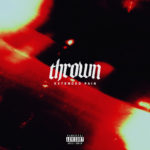