Pulling influence from her eclectic background, Sukhmani taps into the whimsical world of self-reflection on her debut EP Here out April 1st. Digging into those phases of self-exploration and striving to be present, the record brings a dreamy ambiance and juxtapositions it with reflective sentimentality. Sukhmani’s feathery vocals lull listeners into a dream-pop state and serve as the perfect background for introspection.

She explains that the project allowed her to “say the things we might be afraid of voicing out loud in the hopes it might speak to someone and encourage them to do the same.” With tracks like the lead single “Everybody’s Best Friend,” which details the feeling of being a friend to everyone except yourself, the record is intentionally cathartic and unapologetic.

Balancing lightheartedness and depth, Sukhmani skillfully details her story with an instrumentation that is completely her own. Blending the Indian musical rhythms from her Punjabi Sikh background with the sounds of the cities through her upbringing in the UK and every experience in between, Sukhmani’s music is an intricate weaving of diverse cultural manifestations. In this way, Here serves as both a musically intriguing record while being unassuming and approachable. Regarding the record as “pure therapy,” she explains that the EP gave her an outlet to “take an experience, conversation, or emotion and process it into song,” she says. “More than anything it has been a way to learn to express myself and build a way to connect with people authentically from the heart.”

Sukhmani was born with an undeniable rhythm. You feel the heartbeat of her music before you realize it is pulsing through your body. As one of the first female tabla players to emerge from the U.K, she has toured and recorded as a percussionist for years, playing on stage at the 2019 Grammy Awards. 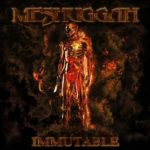 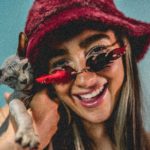